Cool find! I remember the Rally Wax ad from when I was a kid, but I doubt I saw it more than twice. I bet "Holy Grime" got blue-penciled to "Great Grime"...
Careful examination reveals that Batmobile to have once been a '69 Cadillac deVille convertible. Any guesses to the ID of the actors? Batman's voice is familiar.
"To the medical eye, such childish claptrap means only one thing, young man: You need some sleep."
Top

Check out the video in the link above and go to the 50:27 mark. Is that the one?

Jezus Bash, are you from the future?!! Unbelievable, thanks! Now I'm wondering if I saw Burt in a different commercial. It's had to believe I could have mistaken that geek for him.

The commercial makes me think of the claim that NBC didn't pick up the series after it was cancelled because the Batcave had been destroyed. They created a fairly reasonably facsimile of the Batcave for this crappy 30 second commercial! These are the actors in the spot. 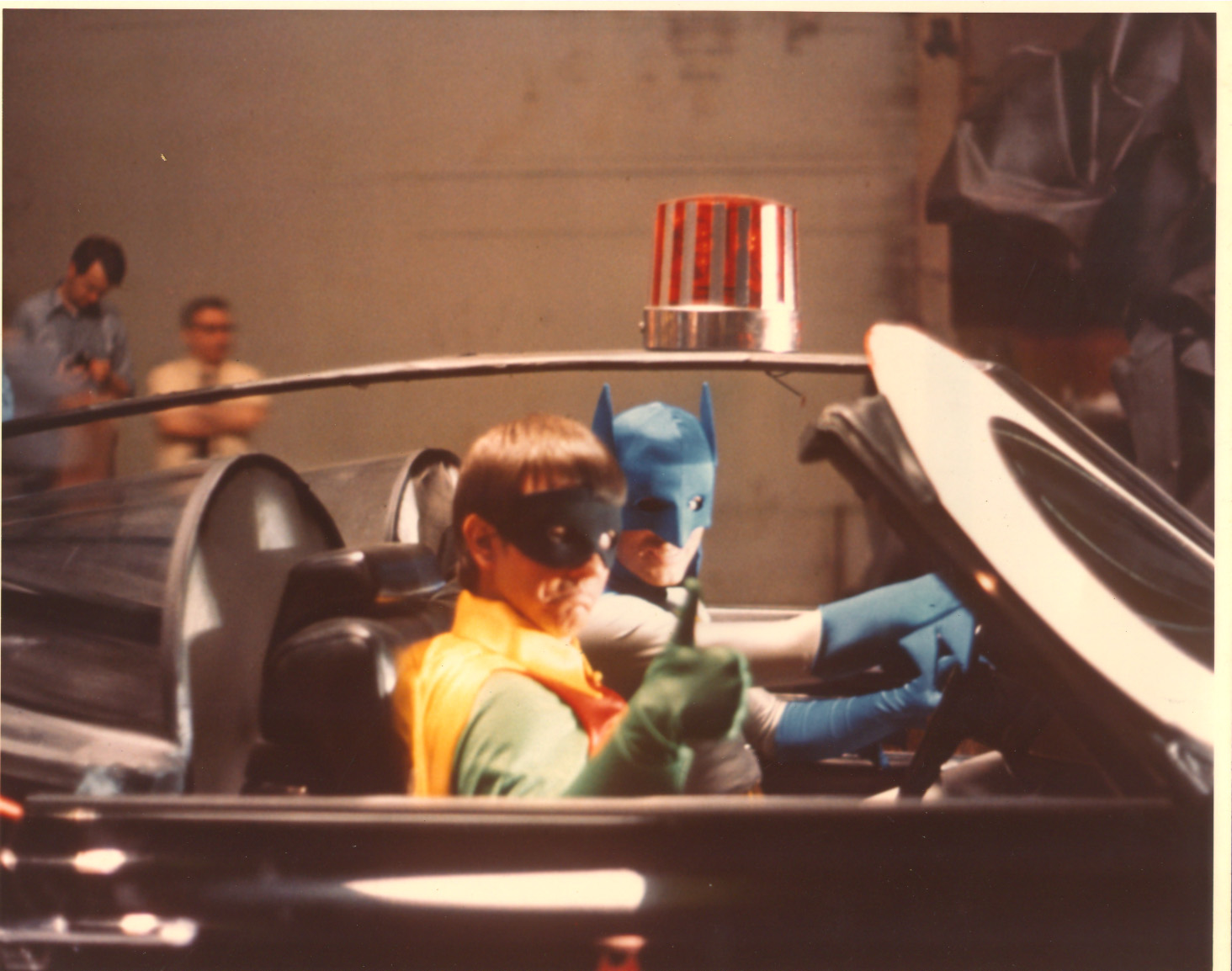 Thanks for taking the time to post this. I've been wanting to see it for a long time, and I was surprised how little Adam says.

... seeing the car wax commercial, too! I'd never even heard of that one. It reminds me of the Zayre and Renault commercials from the '80s.
Top

It's really fun trying to uncover these "long lost" clips. Now if we could only uncover the English "Batman can't fly" PSA one day....
Top

If only! I've been hunting that down for well over ten years now and trail keeps going cold.
http://66batblog.tumblr.com
http://benbentleyphoto.com
Top

We'll keep hunting and find it eventually. We Bat-fans are devoted.
BTW, if anybody has any tips as to where I can find the elusive outtakes/slate reels I'd be MUCH appreciative. Ive seen some (thanks to some of the wonderful members on this board) but they are the biggest "missing piece" I've yet to see.
Top

Is this the crossing the street PSA that Getty Images has photos from?
Top

Is this the crossing the street PSA that Getty Images has photos from?

Apologies for any confusion - the one I was referring to having been searching for is the street crossing PSA that was filmed in London, 1967. The PSA was produced for a Government department at the time referred to as the "Central Office for Information". Frustratingly the Batman PSA is not available via their online archive of COI films spanning from 1945 - 2006. A few years ago whilst on this same search, I was put in touch with someone who had worked for the ITV network here in the UK and supposedly had a 16mm print in his collection, the trail however went cold and I was never able to reach said person again post-2008/9(?)

The only references to this PSA online are via some very accurately captioned Getty and Alamy stock images and of course older threads on this very message board. 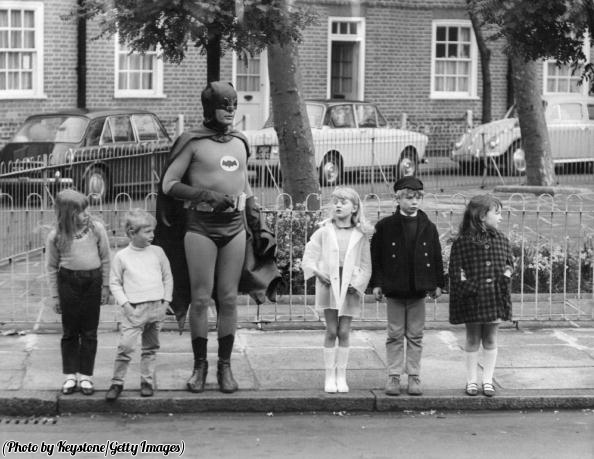 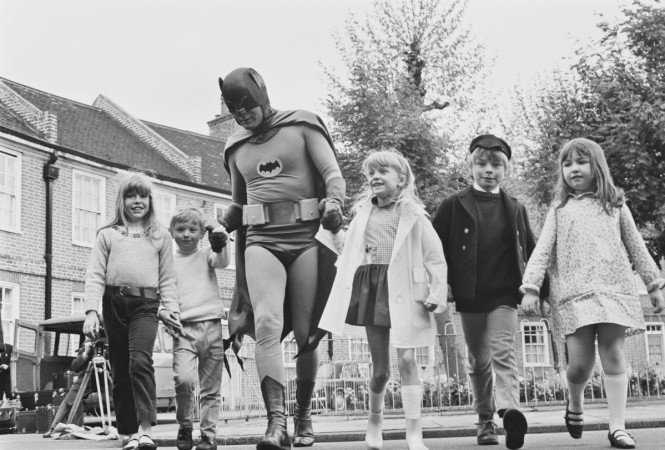 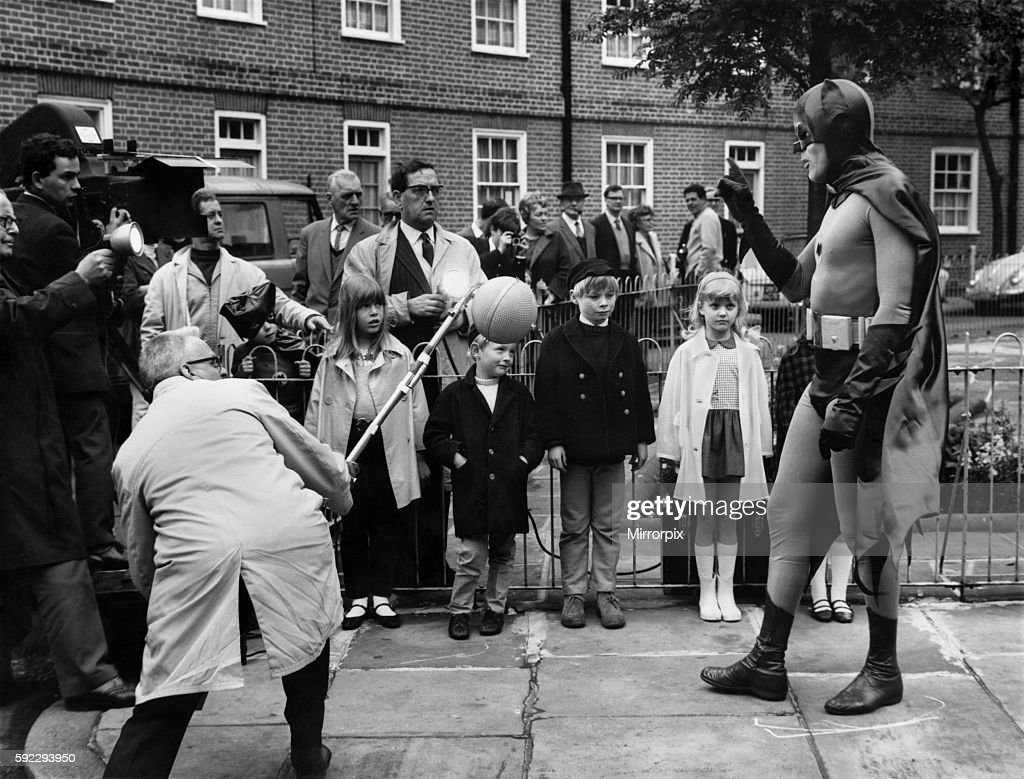 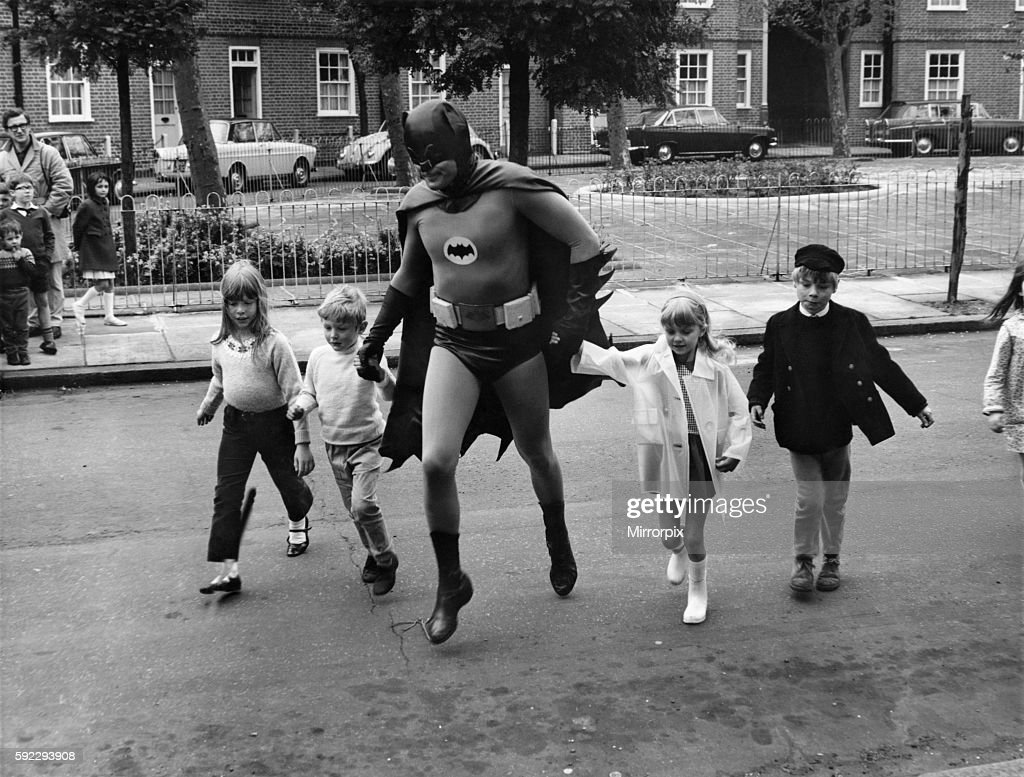 Having re-read what Inspector Bash wrote, I believe he's referring to a PSA whereby young viewers were reminded before the show that Batman could not fly despite wave of incidents involving children jumping from trees/walls/heights in an attempt to do so, supposedly inspired by the TV show.

I've never seen any visual references to this PSA, (unlike the one above). One of the few mentions of it anywhere on the web are recollections like this from our older and now archived version of this Message Board.


Roo wrote:Yes, the warning was shown at the start of the episode with Batman himself telling us: "Remember kids, Batman CAN'T fly!" I also remember a road safety film featuring Adam in costume reminding us kids to look both ways before crossing the road (later they replaced Batman with Dave Prowse as Green Cross Code Man).

It would be so cool to see both of those
Top

We're getting to the last pieces of the puzzle, I guess. But fine work Bash! I wish you'd been in more episodes. 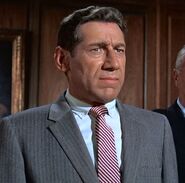 Just wanted to let you know that I finally got around to editing the sound on this ad so it's not as piercing. I intended to do this before posting to begin with but wanted to get it out there as fast as I could. Updated link below:

Thanks for posting this; I've never seen it before, but now I have. Kudos.
Top

Hmm. Tried to read what's on the paper in the drawer but it's not quite clear enough. Script, or...?

Inspector Bash wrote: ↑Tue Sep 19, 2017 4:32 pm We'll keep hunting and find it eventually. We Bat-fans are devoted.
BTW, if anybody has any tips as to where I can find the elusive outtakes/slate reels I'd be MUCH appreciative. Ive seen some (thanks to some of the wonderful members on this board) but they are the biggest "missing piece" I've yet to see.

I obtained several "missing" outtakes/slates reels from Forum member Bob Furmanek. I currently have them listed on eBay (for the record, it cost me more to have them transferred [35mm] than the deal I worked out with Bob). If they don't sell, I'm thinking about offering the footage alone in MP4 format to anyone interested in seeing it.