redbird wrote:I must agree with Scott's assessment...It is NOT Yvonne Craig.
Look at the Lips and chin and length of the nose where the mask is on the bridge, Compare Yvonne's Upper lip to the photo, also the ears stick out of the cowl,and the cowl is not the TV show Batgirl cowl, also Yvonne's cheeks are more defined. A very good look-alike, could have been a stunt double!

The dissimilarities in the cowl have no bearing on whether it might/might not be Yyonne. In my opinion, the side to side comparisons strengthens my belief that it is her.
Top

I knew I had seen this thread before. Currently being chatted about on Facebook.

I did find the other UK pic that Yvonne claims was not her. Yes, same building in the background; I have seen the pic before.

"Like A Bat Out Of Hell: American ballet dancer and actress Yvonne Craig, best known for her role as Batgirl from the US TV series 'Batman', UK, 23rd September 1967. (Photo by Len Trievnor/Express/Hulton Archive/Getty Images)".

The quoted date was a few days after Yvonne's second episode had aired in the USA.

Side view in the above link.
"Holy nostalgia, Batman!"
Therin of Andor

Interesting if they found an exact double of Craig under the mask. Sometimes actors forget about things they’ve done. There was a long debate over whether or not a deleted scene from Return of the Jedi with Luke Skywalker finishing constructing his lightsaber and igniting it for the first time was genuine or not. The prop for the scene existed and Hamill’s hooded face is clearly visible, but Hamill said that it was never filmed. Turned out he misremembered.
Top

I have no reason what so ever to doubt Yvonne on this. It's not her. You can look at a hundred pictures of Yvonne (as we probably all have) and one thing is very different from the unknown woman; You never see the sclera around her irises. In the picture at the start of the thread, that woman has much rounder eyes and you see much more of her sclera. The weird scooter picture looks even less like her. Yvonne didn't have those short thick legs. It's obvious why she said "not my body". 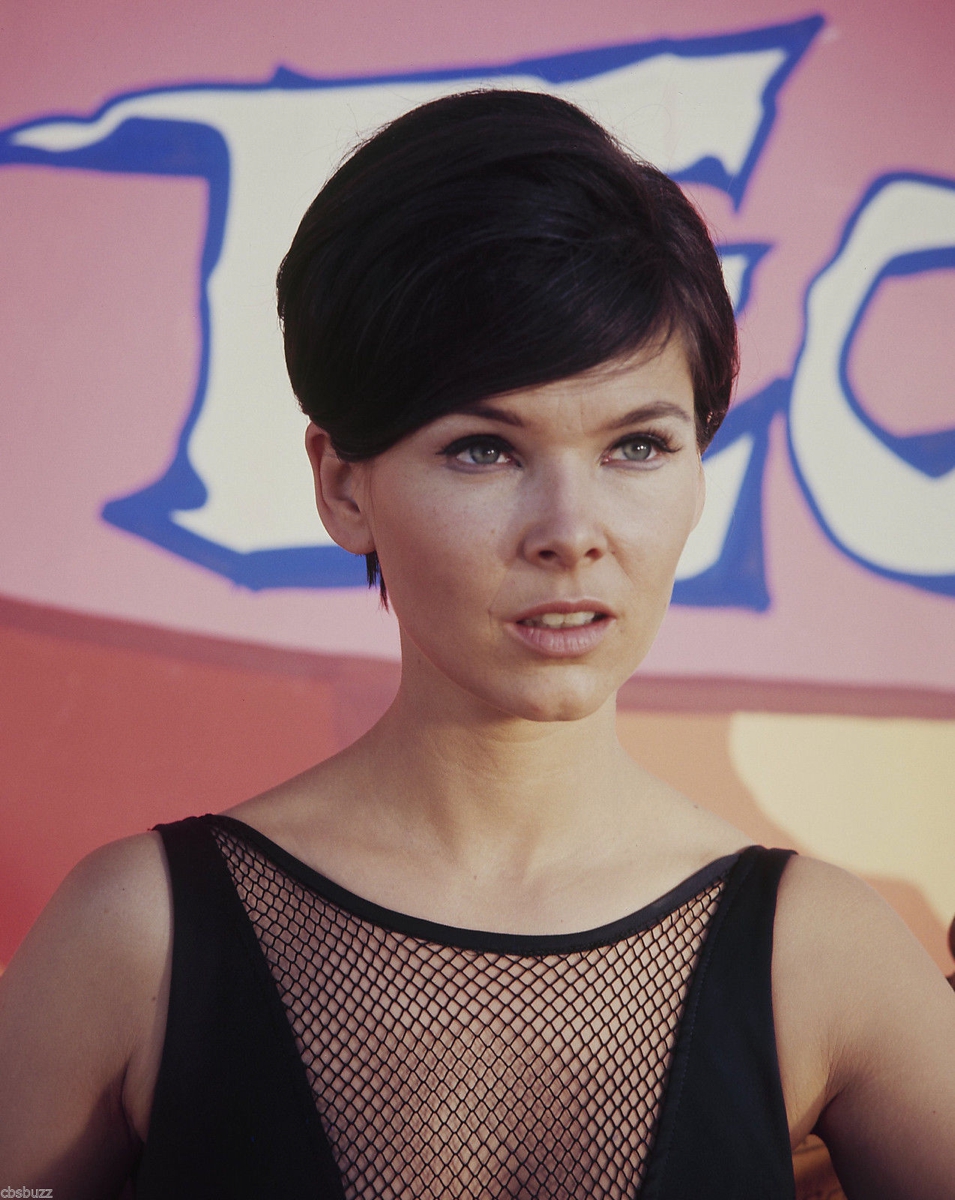 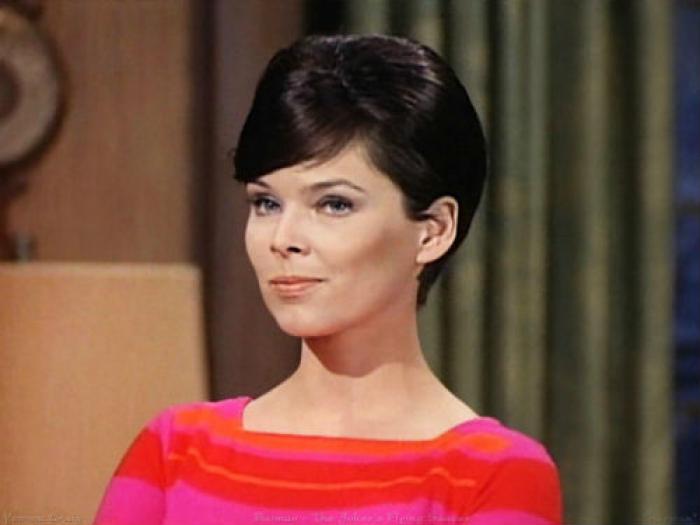 Therin of Andor wrote: ↑Mon Jan 14, 2019 1:01 am "Like A Bat Out Of Hell: American ballet dancer and actress Yvonne Craig, best known for her role as Batgirl from the US TV series 'Batman', UK, 23rd September 1967. (Photo by Len Trievnor/Express/Hulton Archive/Getty Images)".

The following item - published in a Texas newspaper on October 3, 1967 - states that Yvonne Craig has just recently returned from a trip to the UK:

Judging by the series production paperwork that used to be available online, there seems to have been a six-week gap in the filming of the third season (approximately spanning from September 2 to October 16.) If that's correct, then the idea that she was traveling to promote the series during the break seems plausible (but it still seems odd to me that they wouldn't have sent a more authentic-looking costume on tour with her.)
Top

Whoever it was, was hot. That's all I care.

Everything else be darned! 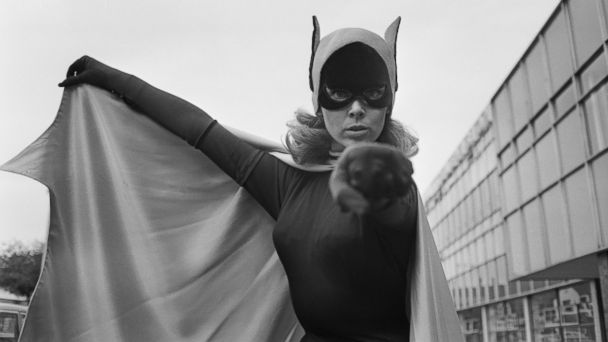 Didn't Burt have a Batgirl with him doing appearances right after the show stopped airing? I seem to remember a picture of him with her and the costume was terrible. This woman has some similarities to Yvonne so I can see the confusion, but she definitely has a different build-- although that could be simply different undergarments and the odd material this one's wearing. It does look like a Supermarket parking lot, so this is very likely a promotion for the opening, oft times they handed out autographed photos of the celebrity appearing there and this could fit the bill.

Regardless, whether it is Yvonne and she just forgot about it or it's someone who looks quite a bit like her, Yvonne was a truly nice lady who was always very patient with her fans.
Artist-Writer
http://WWW.ANDYTFISH.COM
Top

AndyFish wrote: ↑Thu Jan 17, 2019 9:41 am Didn't Burt have a Batgirl with him doing appearances right after the show stopped airing? I seem to remember a picture of him with her and the costume was terrible.

Yes, I hunted that down the other day. Looked nothing like the person in question. Ditto the outfit.
"Holy nostalgia, Batman!"
Therin of Andor

There was a pic of Burt's Batgirl on here at one time, as well as a name. If I remember right, some came to believe she was the girl in the aforementioned pic.
Next week, the Dynamic Duo meets the Clock King!
Top

It looks very closely like Yvonne but I don't believe it's her. The nose is slightly different and the eyes look a little bigger. In the Yvonne photos you can see a slight cleft in her chin so it's too bad the Batgirl's gloved hand is just blocking that very place or it would be a piece of cake to determine.
"Hmmm... I don't like the twist this joke is taking. Let us away! Let us away!"
Top

Could it have been the so-called "traveling Batgirl", Burt Ward's then girlfriend Karen Whitfield? She may have looked like that in 1978, when Burt still had the stolen Batgirl costume. She's still around!

Could it have been the so-called "traveling Batgirl", Burt Ward's then girlfriend Karen Whitfield? She may have looked like that when Burt still had the stolen Batgirl costume. She's still around! 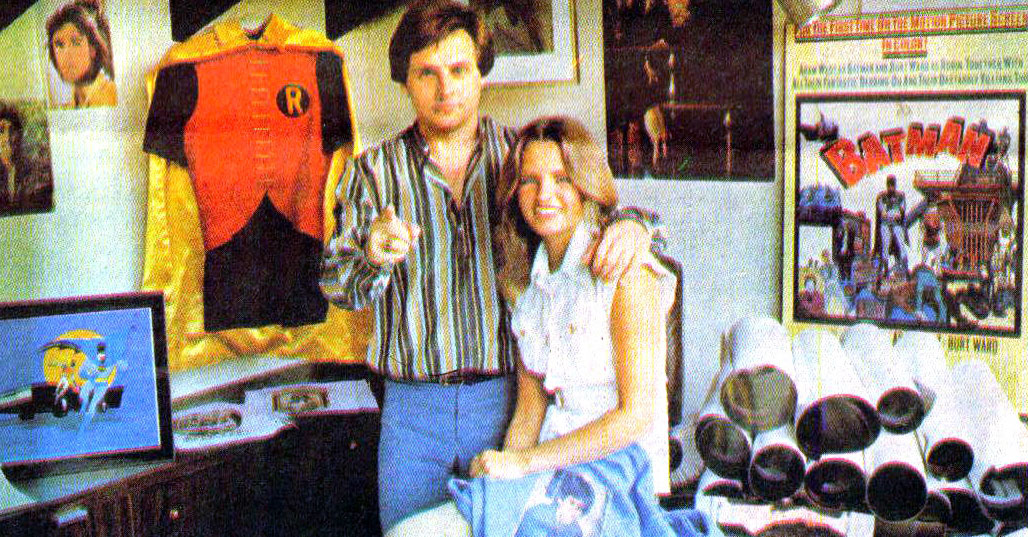