I would have LOVED to see the gorgeous Donna Douglas as shames top girl! Heard she went for it cos she wanted to shake off the good girl image. What a babe!!

"Batman" was a sea of missed opportunities! To be honest, I've never found" Ellie" that appealing, but I bought "Night Gallery" on DVD and she was in one of the episodes. I was stunned! You'd practically never know she had been Elly Mae. She came across very "real", modern and sexy. The star is Yvonne Craig's then boyfriend, Bill Bixby. It kind of shows she was one of those people with a lot of talent who never got to broaden their range. Like Adam West!! "Last Rites of a Dead Druid" is an episode apparently put up to get people interested in buying the dvd sets. Strangely, Buddy Ebsen is in the first segment! And it's fun to see a lot of great old character actors in these old series. You don't often see people that good doing episodic TV anymore. There's a link below.

I absolutely love the Beverly Hillbillies, so I would have enjoyed seeing Donna Douglas as a moll. Really, though, she wouldn't have had to play a country girl. I was quite shocked at how different and sophisticated she sounded when she guest-starred as a model on Mr. Ed.

I always thought Hillbillies was one of those shows that never received the proper appreciation. If you haven't watched it in a while, the first season and a half are in the public domain and are available to watch on youtube. I think the first two seasons are among the funniest shows in the history of TV, and it remained entertaining through most of its run. The last two seasons are horrible, though.

Oh, and since this is a Batman board, I thought the members here might like these pictures from a Hillbillies episode that guest-starred someone near and dear to the hearts of all Bat-fans.

I love it too! I watched it on TV Land not that long ago -- and yeah, it got pretty bad at the end. You could consider it the Beverly Hillbillies equivalent to the third season of Batman! The Navy seal guy who was his own deceased twin brother is a low point. You'd have to see it to believe it. But amazingly, it's known for maintaining high ratings right up until the end. Like Bonanza. Or Seinfeld! CBS enacted what is known as the "rural purge".

But even still, there was something enjoyable about the show. Kind of like hanging out with old friends. I can't say it or any other TV series in human existence, fell as far as "Batman". It was never as good in the beginning, and never as bad at the end. But it got pretty darn bad.
Next week, the Dynamic Duo meets the Clock King!
Top

Donna Douglas was certainly very sexy. Who is the actor she is with in the first pic?
Top

I remember her in a Twilight zone episode where she was considered ugly and about to undergo surgery when you see the surgery staff. Another case of narrow minded Hollywood execs. It seems a sharp contrast to the radio driven 50s
Some days you just can't get rid of a ... SHARK!
Top

Julie's BH appearance came in late in Season 4 (the first color season)--it was first shown the same night as the first part of the Riddler wax museum caper. The following night, Frank was up against himself on The Munsters--also on CBS.

Gorshin Romero wrote:Donna Douglas was certainly very sexy. Who is the actor she is with in the first pic?

Yeah, she looks good there! I happened to recognize that is Edmond O'Brian. He was in a lot of films, but today is probably best remembered for the film noir D.O.A. I'm putting up a link since it fell into public domain and gets released in those 100 "action" movie releases for $19.99. Why he is with Donna Douglas, I have no idea. 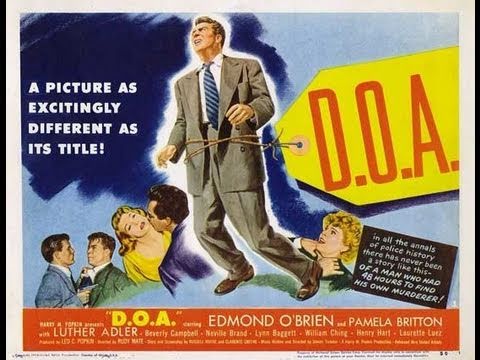 Gorshin Romero wrote:Donna Douglas was certainly very sexy. Who is the actor she is with in the first pic?

Why he is with Donna Douglas, I have no idea.

She was a guest star on the premiere of his one-season show "Sam Benedict" (which also came during BH's first season). It was their only collaboration.
Top

The Hillbillies certainly got noticed when it was running, it was ALWAYS in the top five shows right up until the end ratings wise. It was only cancelled because CBS was doing a cleansing of these "country" shows.

I'm always amazed when I catch an episode, some of them are surreal and some approach brilliant. Although I was never much a fan of Ellie May-- she was too one dimensional for me, I really loved a lot about the show especially when it went to color and Jethro tried to become a double knot spy.
Artist-Writer
http://WWW.ANDYTFISH.COM
Top

There's quite a few appearances by members of the Bat-family during Season 4 of the Beverly Hillbillies. In addition to Julie Newmar, others appearing include Van Johnson, Dan Seymour, Eileen O'Neill, and Edy Williams.

Eileen O'Neill looks incredibly like modern day Katy Perry. And I'm not sure, but I think the house used as Wayne Manor even gets used.

I'm a big Beverly Hillbillies fan, but agree with previous posters that much of the later seasons are cringe-worthy. Like other shows that ran for over a decade, such as The Jeffersons and Married With Children, the characters becsame caricatures, and the writing was lazy and predictable.

Even though ratings may have still been strong, it was time to pull the plug.
Top

And just to bring back full circle, I think this Batman story in Detective Comics was "inspired" by DOA.