It goes without saying that Adam West owned the Batman role in 1966-- but let's imagine something different;

It's 1965 you're producing a new BATMAN series and your number one pick Ty Hardin has turned down the role, and your second pick Adam West, who has done some TV and commercials has backed out-- who do you get?

It has to be someone working in TV at the time-- so we can't cast Cary Grant-- he wouldn't have "lowered" himself to do TV-- and it doesn't matter if they were committed to another show-- let's assume they were available, so who is Batman?

Lyle Waggoner? It's very likely he would have gotten it. How about Bill Shatner or William Conrad? Either would have meant recasting the rest of the show because they were much shorter than Ty, Adam and Lyle.

Me? I think I would have gone with James Garner-- he had the right look (in fact he might even have MORE of the look of the comics than either Ty or Adam) then and he was pretty adept at doing comedy.

Lost in Space's Guy Williams might have worked, I'm not so sure he had the right comedy aspect to him, but he did make for an impressive Zorro.

I am assuming you meant to say Robert Conrad from The Wild Wild West as opposed to William Conrad of Cannon fame. I agree that James Garner would have been an interesting choice.
Top

Beepo wrote:I am assuming you meant to say Robert Conrad from The Wild Wild West as opposed to William Conrad of Cannon fame. I agree that James Garner would have been an interesting choice.

If it had been William Conrad, Batman's alter ego wouldn't have been Bruce Wayne, it would have been King Tut.

I recall Bob Kane had Robert Wagner in mind for the tv series.
Top

I would have like to have seen Van Williams, Robert Fuller or Leslie Neilsen
Audition for the role of the Caped Crusader.
Top

How about Gary Owens? He was the voice of Space Ghost and Roger Ramjet. We know he could do the straight arrow persona and he had comedy chops.
Top

Nothing different:Adam West nailed Batman for me.
Top

I love James Garner, but there's no way he'd have signed on, after fighting so hard to get out of Maverick, and with a successful movie career in full swing. A stroll off the rim of the Grand Canyon would've been less of a step down than Batman.

I like the idea of Robert Fuller, who looked great and had a great voice. I saw him recently on an old Big Valley and he was less stiff than I remember him being on Emergency, so maybe...

I've heard of Bob Kanes's preference for Robert Wagner before. Honestly the longer I live, the more convinced I am no one in history understood Batman less than Bob Kane.

Being as much of a Maverick and Rockford Files fan as a 66 Batman fan, I can say that I'd have a hard time imagining Garner's Oklahoma accent coming from Batman/Bruce Wayne's mouth while fitting the roles in every other way. Van William's Texas twang I kind of dismissed, seeing as how the character of the Green Hornet was the Lone Ranger's Grand nephew, with the Lone Ranger being from Texas and a Ranger there.
Music. BAT! Music.
Top

And James Garner had serious knee problems. I don't know when that happened, but you can see they really bothered him on the Rockford Files. An action show like Batman would have been impossible for him if his knees were an issue in 1966.
dell
Top

The question is would working on Batman have had a major effect on future TV projects for them afterwards? Lyle Waggoner for example had screen-tested for Batman in '65. If he had gotten it, would he have also later played col. and then Agent trevor in the Wonder woman series? or would Adam West have gotten that job instead? Nowadays it's not hard to see actors from one incarnation of a super hero show, to reappear as someone else in another.
Annette O'Toole played Lana Lang in Superman III and then Martha kent in Smallville
Dean Cain played Clark Kent/Superman in Lois and Clark and then Curtis Knox in Smallville and Jeremiah Danvers in Supergirl
Justin hartley played oliver Queen/Green arrow in Smallville and Arthur Curry in the Aquaman/Mercy reef pilot
John Wesley Shipp played Barry Allen/ the Flash in the 1990 flash and then played Henry Allen and now Jay garrick in the current Flash
"Someone might be able to substitute for Batman, for a very short time, but no one could ever replace him!"
Top

Well knee problems aren't a big deal when you have stuntmen. Wow, interesting topic! Right off the bat I'd have to say James Garner is all wrong. One of my heroes, writer Harlan Ellison called (a young) Garner the perfect physical embodiment of will Eisner's 'The Spirit'. I tend to agree! I've never seen a full episode of 'Maverick', and don't plan to, but I think that even his co-star Jack Kelly, who was terrible in a Catwoman two-parter would make a better Batman. 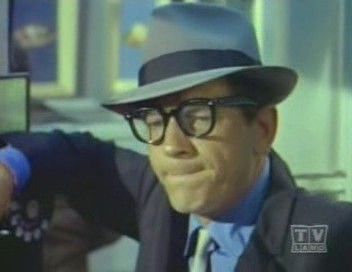 James Garner was fantastic, but he would have been a TERRIBLE Batman. Way too laid back. I just cannot see him doing it. It's said that in 1965 or so, DC comics hired Tarzan Mike Henry to tour the country in a Batman suit to try & drum up support for a Batman series. True or not, the muscular, hairy Mike Henry, who looked a lot like Neal Adams 1970's interpretation of the character was not actor enough to carry a Batman series. Then there's Lyle Waggoner. Although screen tested for the part, and on youtube many fanboys say he was not chosen because he was more serious and less "campy" than Adam West. Actually, the reverse is true! Physically more similar to Bruce Wayne than Adam West, I found his take on the character, and his high voice, pretty silly. He didn't do a very good read. West, a more experienced performer, was head & shoulders above him. Next I'll put up Dick Gautier! 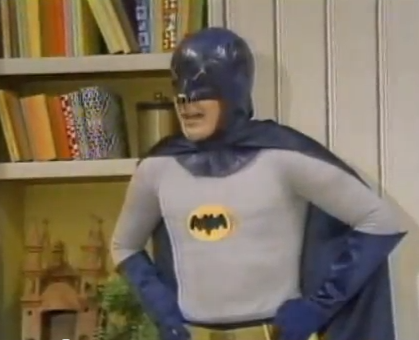 He was actually quite good in the Batgirl PSA.

But he was aping Adam West! Without the West example, how would he have played Batman? He was a comedian, and I doubt Dozier would have ever considered him. 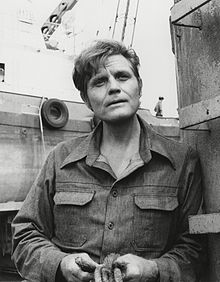 Not as silly as it sounds. At the time of Batman he was in serious contention for the part of "Captain Kirk" in Star Trek. But being a bit of a prima donna he asked for the moon, and Gene Roddenberry looked elsewhere. Yes, he was a bit old for Batman. He'd have been 46 in 1966. But Ben Affleck is 44 and will probably be 45 or 46 by the time the next Batman project comes out. Unless the produces wisely decide not to use him again. I think Lord was fit enough to pull it off in 1966. And he'd have been cool in the part. 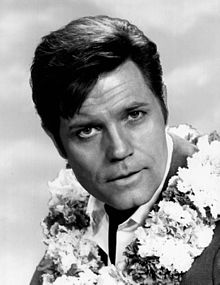 Jack Lord was dropped from the Bond films becasuse he asked too much to return as Ferlix Leiter, he didn't get Star Trek because he wanted a percentage and a degree of creative control, and when he landed on Five-O he got all of that. I'm not going to call him out for placing a high value on his talents -- good for him -- but there's no way he'd have gotten any of that with Batman, so I don't think talks would have gone far.

If he HAD signed on, its a cinch it would've been a completely different show, with none of the humor, and arguably might've vanished without making much of an impression on popular culture. Plus if you want to talk accents, I don't know if I could've adjusted to a Batman from Brooklyn.