The next script to be discussed on TO THE BATPOLES podcast will be THE OGG COUPLE in its original three-part format! Here's the link:

Awesome!!! Thanks for posting, bat-rss!!! This makes a lot of sense compared to what we got!!

I'll leave an analysis later. I don't want to spoil anything just yet.
Top

Thanks for sharing this.

I still think these episodes were a mistake. Egghead works best on his own, Olga never interested me and a little Batnik and Boy Malchick (or whatever she says) go a long way.

Plus another take on the dithering Batman of the third season. Oh no! Two guards by Batman whatever could he possibly do? Once again the Caped Crusader has lost any of his cool with women.

The only bright spot the female scientist in the Radium (?) lab. Catty from the Catwoman/Sandman episodes. Holy Rising Hemlines! I don't think too many female scientists dress like that, only in Gotham City.

Fine acting all around but overall a waste of Egghead, could've been one of the best Bat villains created for the show like King Tut but ends up henpecked. Hens, eggs, it all comes together. What eggony.
Top

Yes, while it was cool that Vincent Price wanted to come back as Egghead again, the third season had to have that stupid rule that multi-parters had to be team-ups between two villains seeing as how one villain didn't stand a chane against the Terrific Trio.
Top

I remember really liking these episodes as a young kid, oh how naive I was at quality...! I guess I never minded Olga and actually kind of like her as an over the top campy villainess matching the style of the third season. But egghead on the other hand was butchered! Moping around and pathetic for most of the arc, I kind of wish they just cut him out entirely! Great podcast!
"Batman told him a super funny joke. When the creature didn't laugh, that was proof!"
Top

Very odd bit of writing for the Batphone to ring with Bruce in the study yet Alfred says he'll get it. Why should Alfred bother to get it when Bruce is there and he'll need to get up and answer it anyway????

I have hated these episodes all my life, *especially* the Part 2 (in this script) gimmick of seeing our heroes reduced to sobbing while Egghead gets away. Forget Batman singing "Buttercup", that was the low point for the dignity of the character of Batman IMO (and of course its also just a reversal of Egghead's "laughing gas" egg gimmick from the previous season)
Top 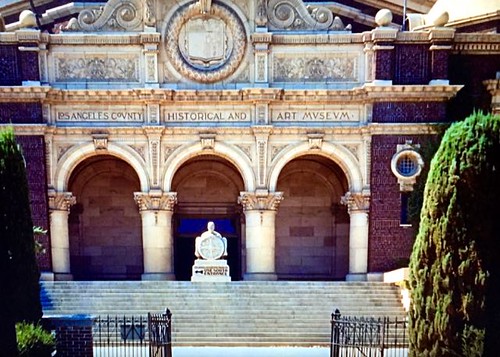 Bonnie has a last name!!! Thanks so much for posting this and restoring some of my sanity! Years ago, I had learned (although I couldn't remember how) that her last name was Patterson. I knew I had read it someplace, but later decided I had just gotten confused because of Penguin's secretary Miss Patterson in "Penguin Is a Girl's Best Friend." Now I see that it was from the tag scenes in this script (which I must have seen before somewhere). 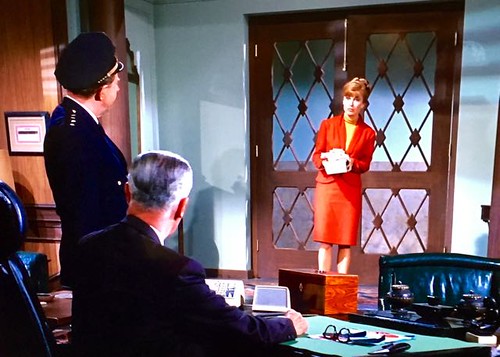 Bonnie Patterson in her only onscreen performance, in "The Purr-fect Crime" by Ian McLean, on Flickr
"Holy nostalgia, Batman!"
Therin of Andor

Strange that the script already calls for the character in what was originally Part 2 to be named "Gilligan". Were they planning from the get-go for this to be an Alan Hale cameo scene or was it just a pure coincidence that the character was called that so they figured, "Hey, let's get Alan!"?
Top

Thanks so much for making this available. This is the 3rd-season script that I've always been most curious about .

About Alan Hale as "Gilligan" - I've seen studio paperwork indicating that the character's name was originally "Mike." Studying the script, it looks to me like they changed the name to Gilligan on July 18. According to the Call Sheets, Hale filmed his scenes on Friday, July 21st.
Top

Thanks for making this available. It is a fascinating read. Some thoughts, with the disclaimer that I despise this arc and the Olga character:

It's odd that Robin says something like, 'well, at least we found the caviar.' I would say it's not really sanitary to eat after Batgirl nearly drowned in it. The dumbing down of Robin continues unabated.

Speaking of which, I found it interesting the script was dated July 7, 1967. It seems they were making BG the damsel in distress quite early in the game, at least from a writing standpoint.

The bit with the Commish being kidnapped and the Trio all arriving, in full costume, not long afterward seems forced. How could any of them realistically have known so quickly what had happened?? It also was interesting that Batgirl placing her hands on her hips is not in the stage directions, so I assume that was something Yvonne came up with. It usually works, but here it seems forced. Watch the sequence--it almost seems as if she didn't know what to do with her hands, so she simply went to her go-to power move.

The Indian man who didn't make the final cut reminds me of the 'Fagin' type from Oliver Twist that got deleted from the Londinium arc, although the character's scenes were filmed. I do not know if these scenes were shot.

I hated, as did epaddon, the 'tear gas eggs.' Ugh. Sherman was trying to out-Stanley Ralph Ross at his own game there.

I found it interesting that the script didn't specify the gender of the technicians and then we got one of Catwoman's former assistants, Pat Becker, as a technician with a short skirt. It reminded me of when Dozier told Semple early on to work more 'dames' into the stories.

I agree that the story makes somewhat more sense in the order it was intended to be shown, although to me personally, it still isn't a winner. In part 3, Egghead essentially takes the lead with a scheme dumber than anything Olga has concocted. It's stupid on two levels: 1--Olga had been driving the crazy train up until then with little concern for Eggy's wishes and 2--why would someone with a supposedly superior intellect come up with something so dumb? Sherman had no understanding of the character.
'I thought Siren was perfect for Joan.'--Stanley Ralph Ross, writer of 'The Wail of the Siren'

Any last comments? We're going to be recording our episode about this on Saturday morning US time!
Top
Post Reply
13 posts • Page 1 of 1