As adults we get jaded after having 'been around the block' - so to speak - many times and discovering there's nothing new under the sun. My question is - does anyone else find sometimes they suddenly and unexpectedly feel that old jolt of excitement they had as a kid either seeing something in the old '66 series/movie or seeing an old Bat-toy or Christmas catalogue ad or whatever? I got it a short while ago re-watching and seeing the Joker's utility belt. For some reason, as a kid I thought it was out of this world that there were now 2 belts instead of one and one had Joker's face instead of a bat. From out of left field that crazy, excited feeling resurfaced, but only for a few seconds. Still, for those precious seconds I remembered how I felt back when I was 5 years old or so when imagination, wonder, and excitement ruled the day.

I completely understand. I get that feeling everytime I hear the music from the series (not just the theme.) The Battrap music first used in the Purrfect Crime and Better Luck Next Time, and recycled for other episodes, sends chills down my spine.
Music. BAT! Music.
Top

For me, the part of every show where they’re landing on the pads at the bottom of the batploles and then run to the Batmobile. The entire opening for sure, but this scene still has the same magic as it did 53 years ago. 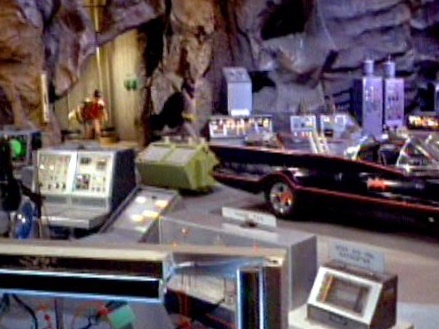 so tell me this ...can you get in a car WITHOUT putting on your safety belt? ..the answer for me is no, because in the 60s I watched batman
Top

Heck, I can't see a helicopter flying without humming the music from the movie, nor start a car with hearing the atomic batteries to power bit in my head lol
Music. BAT! Music.
Top

The Batmobile exiting the Batcave always was and still is my attention getter, with the 1st few jingles of the theme music of course, it always takes me back sitting in front of the B/W console.
When it originally was on only once a week, it was like seeing a long lost friend again when it approached the barricade fence, I'm back!
I think I would have even eaten Liver if placed in front of me while glued to the TV, total loss of surroundings.
Top

A lot of the musical cues bring a smile to my face and some even give me chills even after all this time. One that springs to mind is the incidental "Spiraling" theme that plays in Season One as they descend the Batpoles into cave and eventually the "clunk, clunk" of the Batmobile doors.

Likewise, Dozier's narration in the opening prologue of the movie verbalizes that same sense of excitement for me.


...and as they have done many times before, as Batman and Robin; courageous warriors against crime, they are off once again to rescue.

My simple answer: everything! Absolutely everything about this series brings me back to my childhood sitting in front of the TV playing with putty and watching Batman! Great memories!!!
"Batman told him a super funny joke. When the creature didn't laugh, that was proof!"
Top

Just seeing a bust of any kind. it triggers my memory. I wish I stil had my bust. It was the best.

TO THE BATPOLES!!!
Top

I first saw the show as a 12-year-old in the mid-'70s. It aired on a station in the Hampton/Newport News, VA, area at 4 p.m. weekdays. Of course, back then, there was no internet on which to look things up, and reference books that might have told me were scarce, so I wasn't aware at first that Batgirl had been added for the third season. And since I didn't see it every day, I initially missed her debut episode and the first one I ever saw was one where she did not appear in the teaser. So I got a jolt when I saw her animated form swing in at the top of the opening credits (then I saw her, and have been hopelessly smitten ever since

). I still can recall that feeling every time I see the third-season opening. 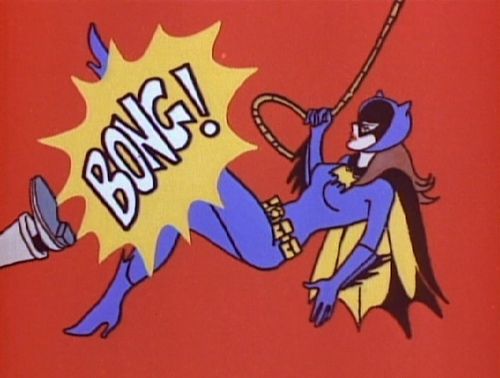