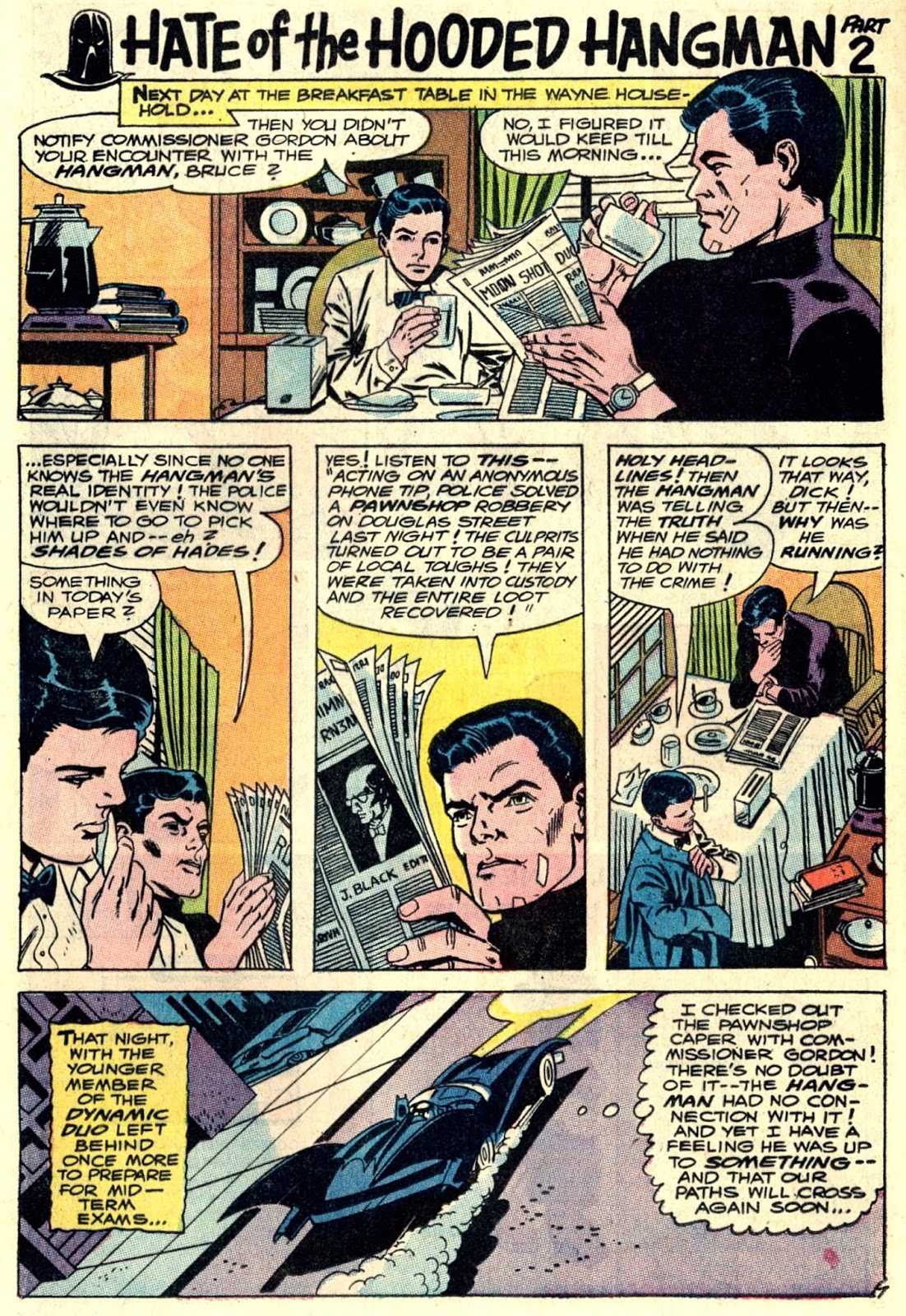 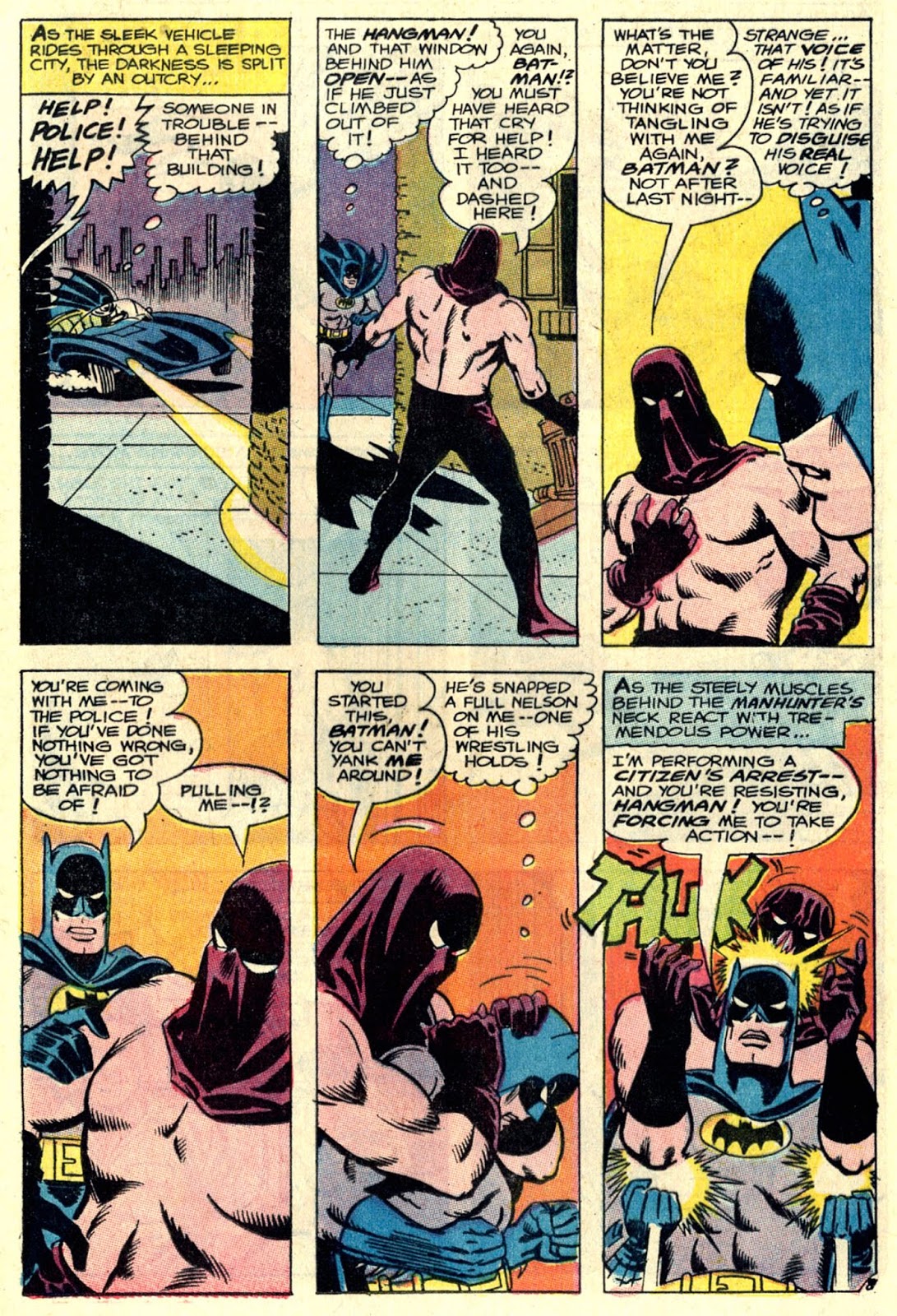 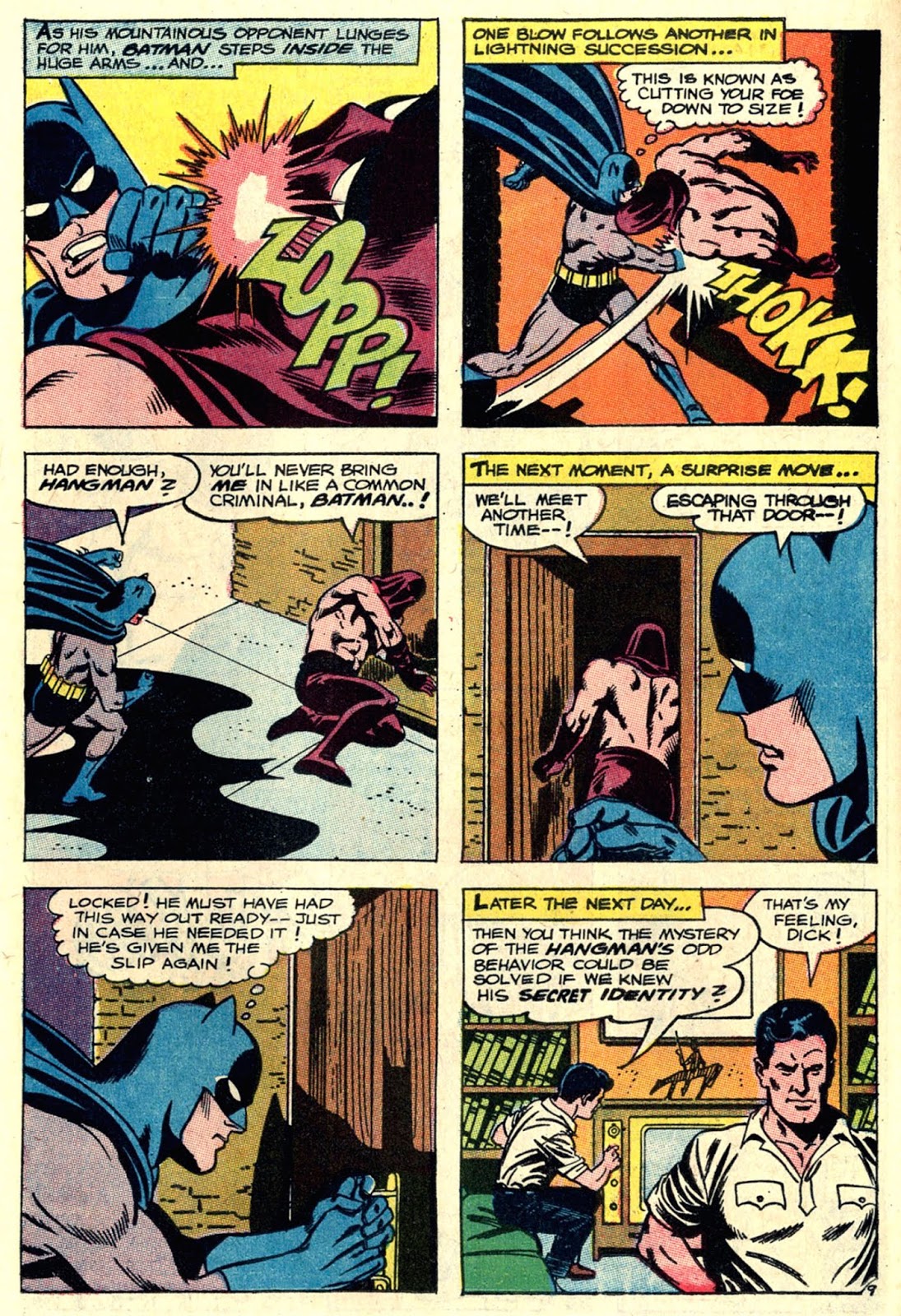 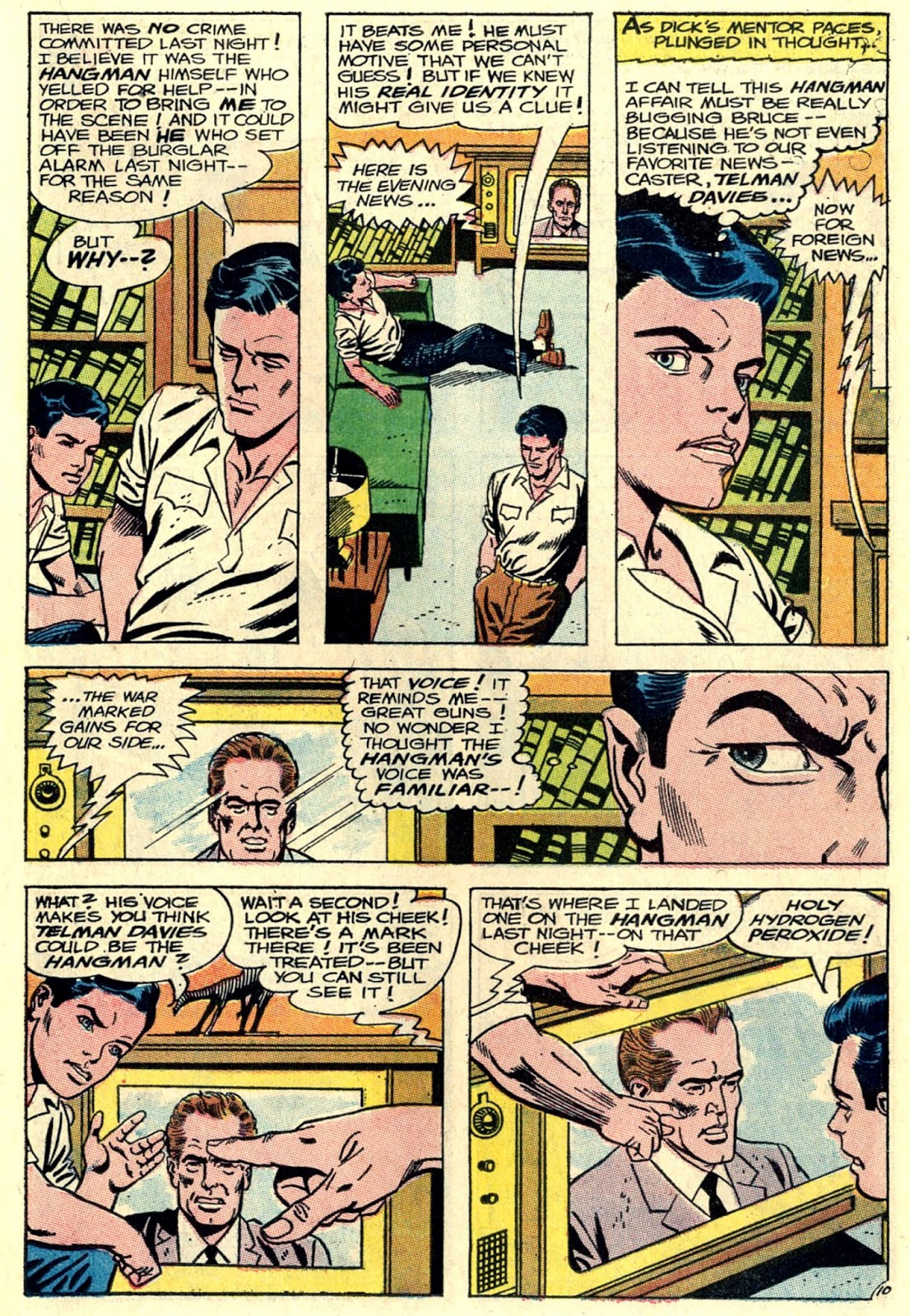 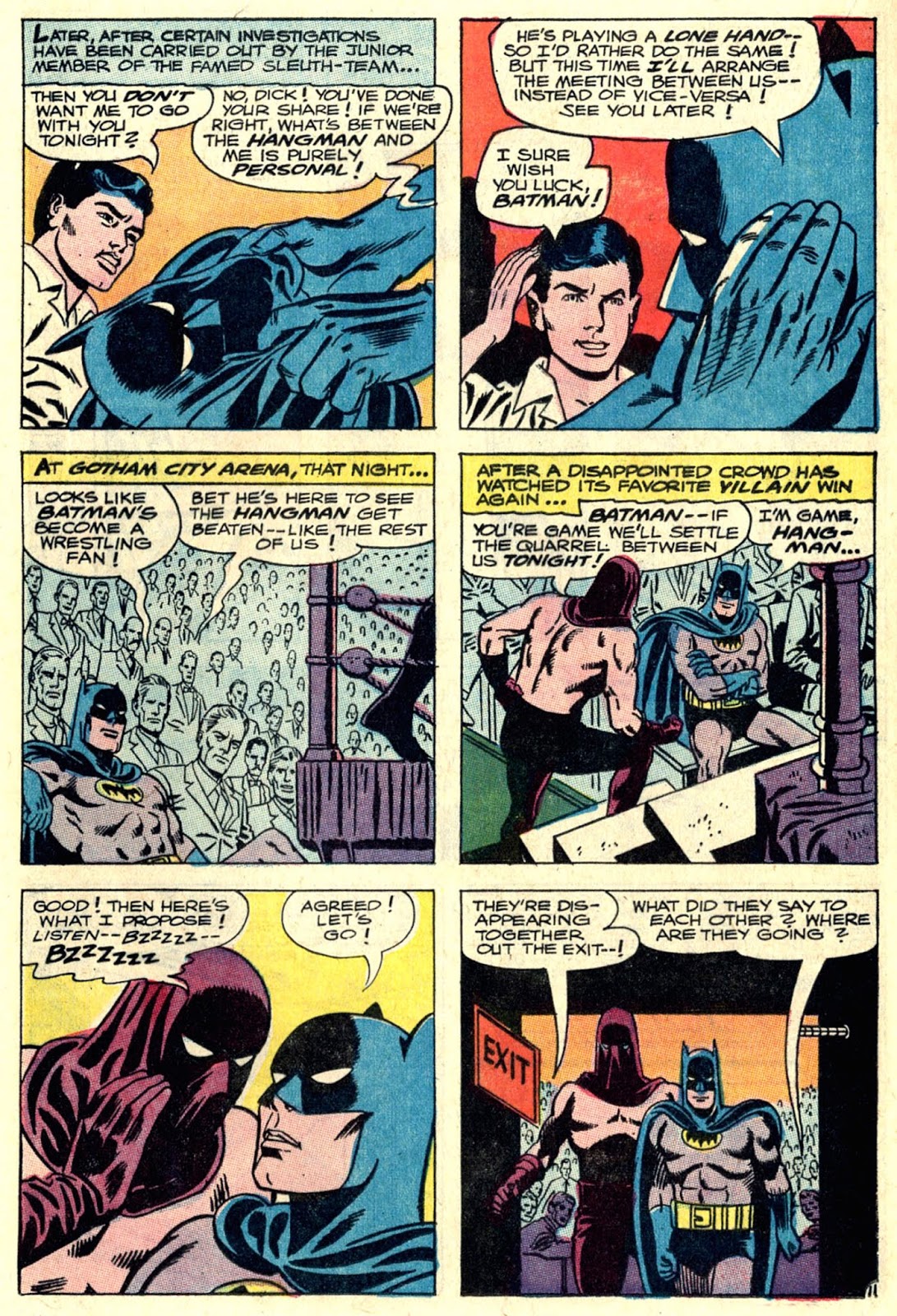 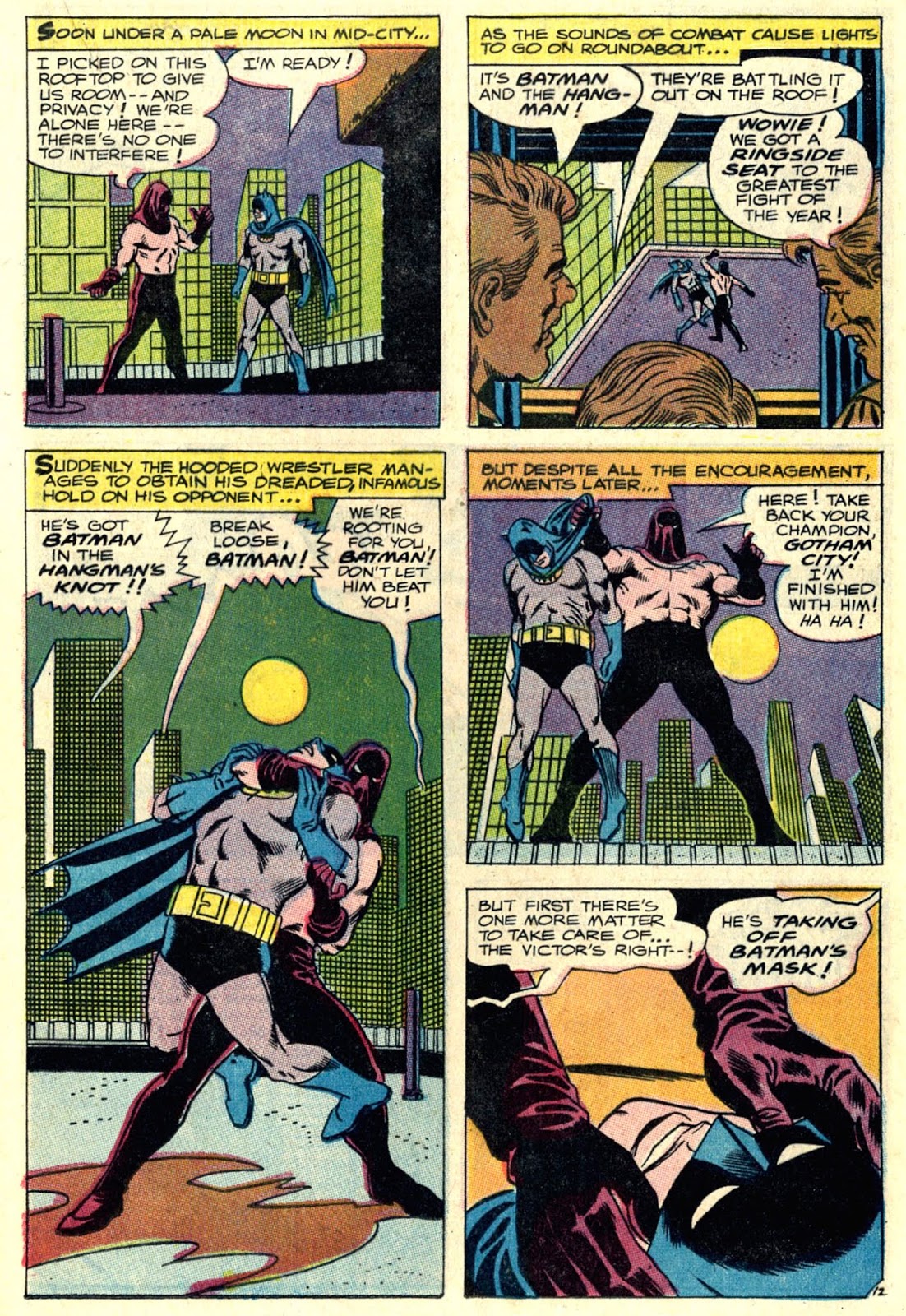 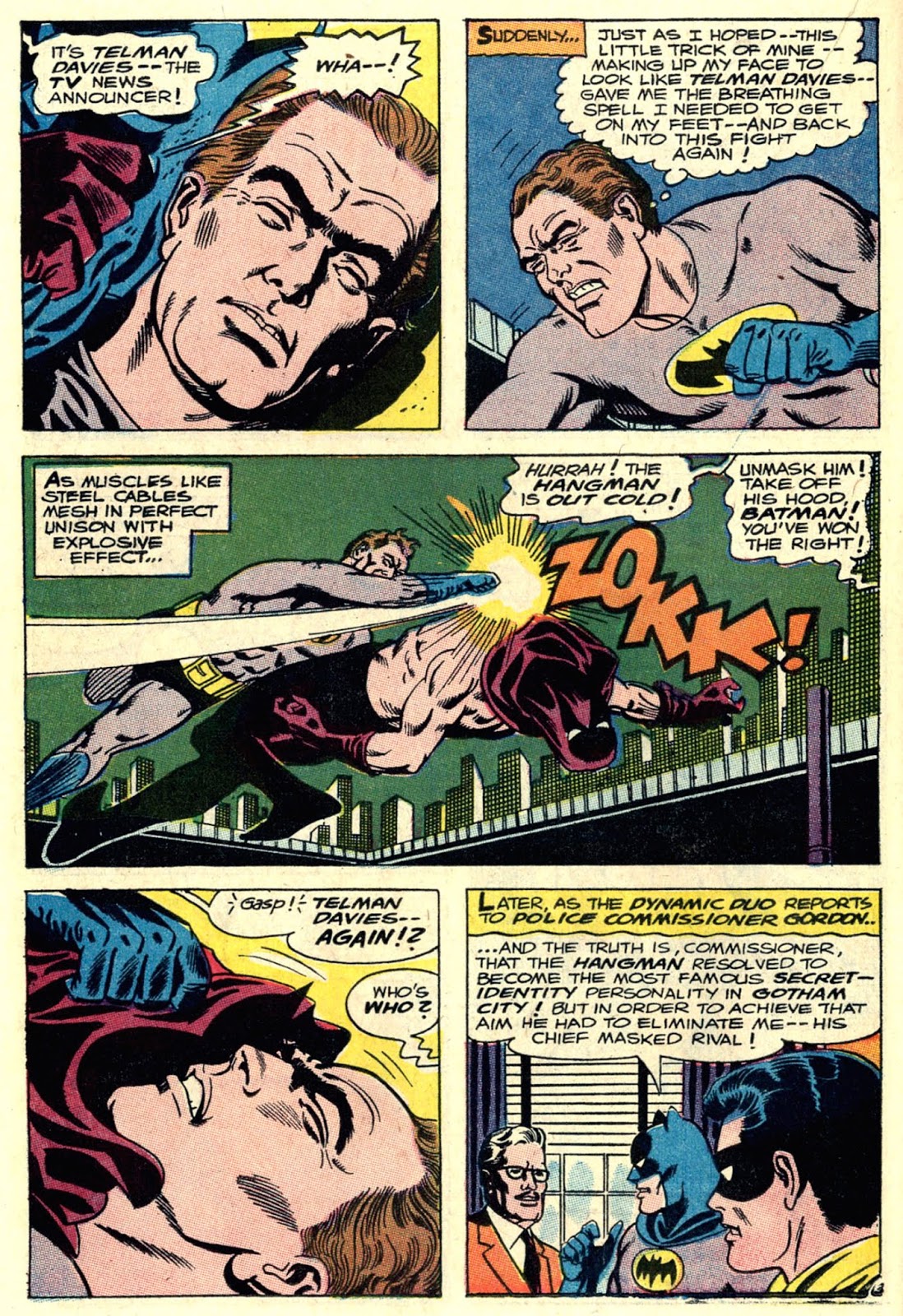 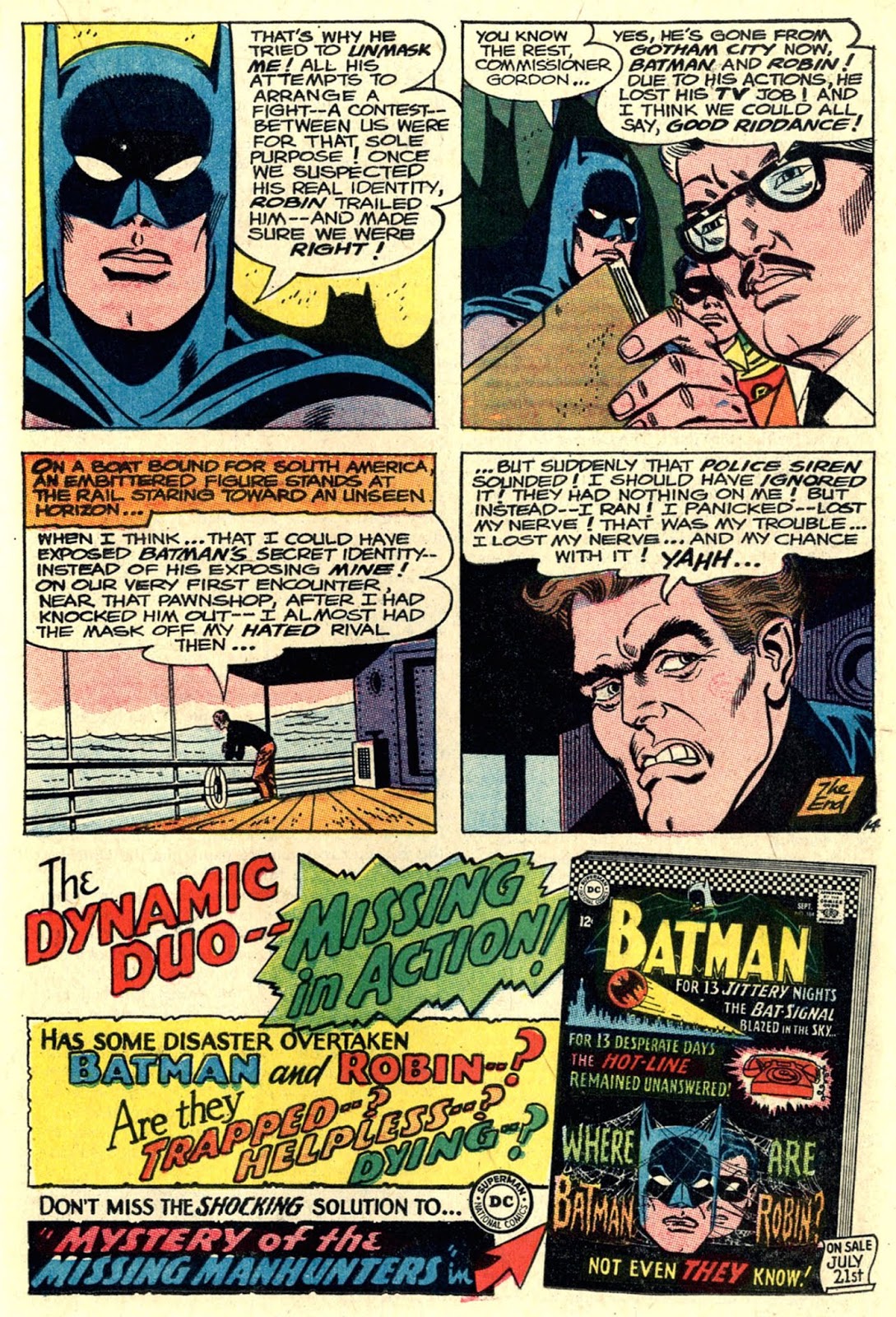 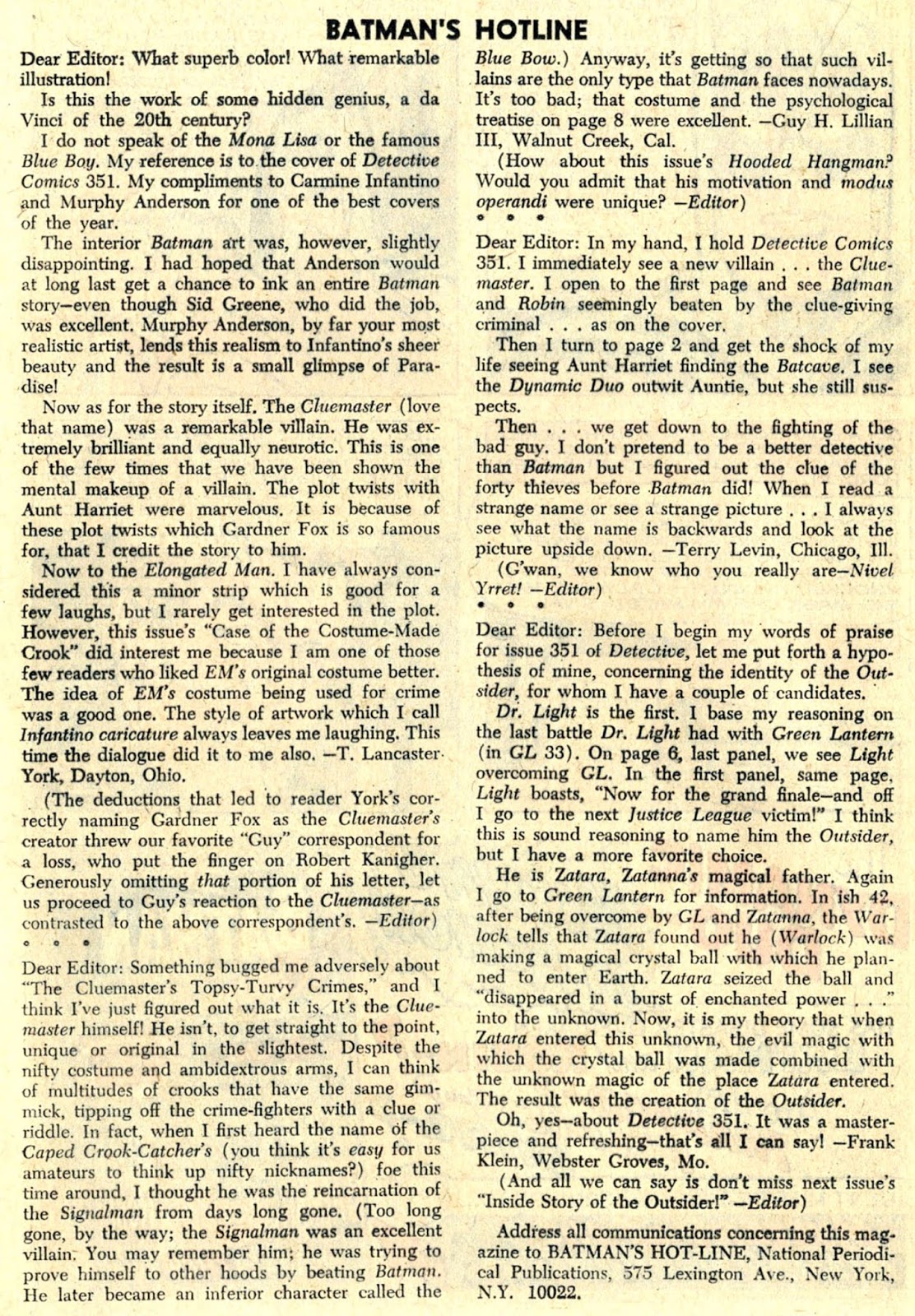 Batgirl will be next up;

by gothosmansion
I first read Case of the Chemical Syndicate in the 1984 Oreo giveaway that also reprinted the first Robin story from Detective 38 and the first Joker story from Batman 1. Back then, there weren't a lot of ways to learn about comic book history. I was quite shocked to see Batman killing villains back then.

These are all great stories you're showing, Andy.

Wouldn't the people yelling be the same three guys seen earlier looking out the window who say they have a ringside seat?

by AndyFish
Yeah Jim I was attempting humor.
Leaving this one out of the Infantino volume was ridiculous.

by gothosmansion
Does anyone know what that photo kit was? I wasn't born until 1971, so I've never seen one. I've seen the ads in lot of my back issues and was always curious about it.

by SprangFan
You've managed to pick another tale that grabbed me early, Andy. I discovered the Hooded Hangman story in one of those tabloid sized "Limited Collector Editions" and was mesmerized by it. Partly it was the great Infantino art, but also the can't-miss strategy of appealing to a kid's sense of pride in his hero ( "Nooo! Batman can't be beaten!" Sob!). I have to say, though, that this potential to actually be defeated in a fight -- and by a mere mortal -- was part of what made Batman so compelling a character to me, and it's much missed in this era of the invincible BatGod.

by High C
These are fascinating, Andy. Thanks for sharing.

I mean, I like his villainous unhingedness, but he needed to aim higher.
All times are UTC-07:00
Page 2 of 2