I posted this on Instagram but I didn't get into the details, I thought this might be of interest so here's the rest of the story...

For those of you who don't know I'm a full time working comic book artist-- and I've got another twenty or so How To Do Art Books in my resume and I once did some artwork with Adam West and his agent Fred Westbrook and spent a couple of weekends with them at shows in New York.

Well, back around 2011 Fred called me and asked if I'd be willing to do an issue or two of MISADVENTURES OF ADAM WEST which was being published by Blue Water Comics. The book had been running for some time but I hadn't read it. The publisher sent me a few copies as they'll do when you're considering a series and while I thought it was fun, it was more or less Quantum Leap featuring a guy who looked a bit like Adam West rather than be ABOUT Adam West. 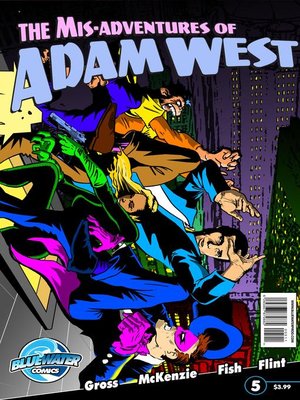 I agreed to do it if I could write it too-- the accepted but then assigned me to an issue that had to resolve a cliffhanger from the previous issue. There were some other editorial dictates that made it less of what I'd hoped it would be but I included things in there like Adam's original monkey friend from his days in Hawaii doing local TV and I had fun with it.

The conclusion of the story featured a full page splash with Adam having KO'd the main bad-guy and then delivering a line I'd heard him say about his Batman portrayal many times over; "Pure West."

It took a while for the book to come out and honestly I had moved on to other projects (they asked me to stay on but we just couldn't come to an agreement, they also asked me to do the Billy Mumy series but I didn't have the same connection to him that I did Adam) so when I got a letter addressed to me in that distinct Adam West handwriting I opened it and was thrilled he'd not only seen the book and liked it, he wanted to buy the splash page. The note was extremely kind and personal and it remains a cherished piece of my collection.

Needless to say I sent him the splash page without charge, but I told him his "payment" could be autographing a digital color copy of the page I would include and have him send it back to me which he happily did. I opened it and saw his signature and was happy to have the piece -- I don't display my own artwork at all so I filed it away.

Recently I had occasion to go through some of my original art for an upcoming online comic convention event and I happened upon the Adam piece and noticed he had not only signed it-- he inscribed it; 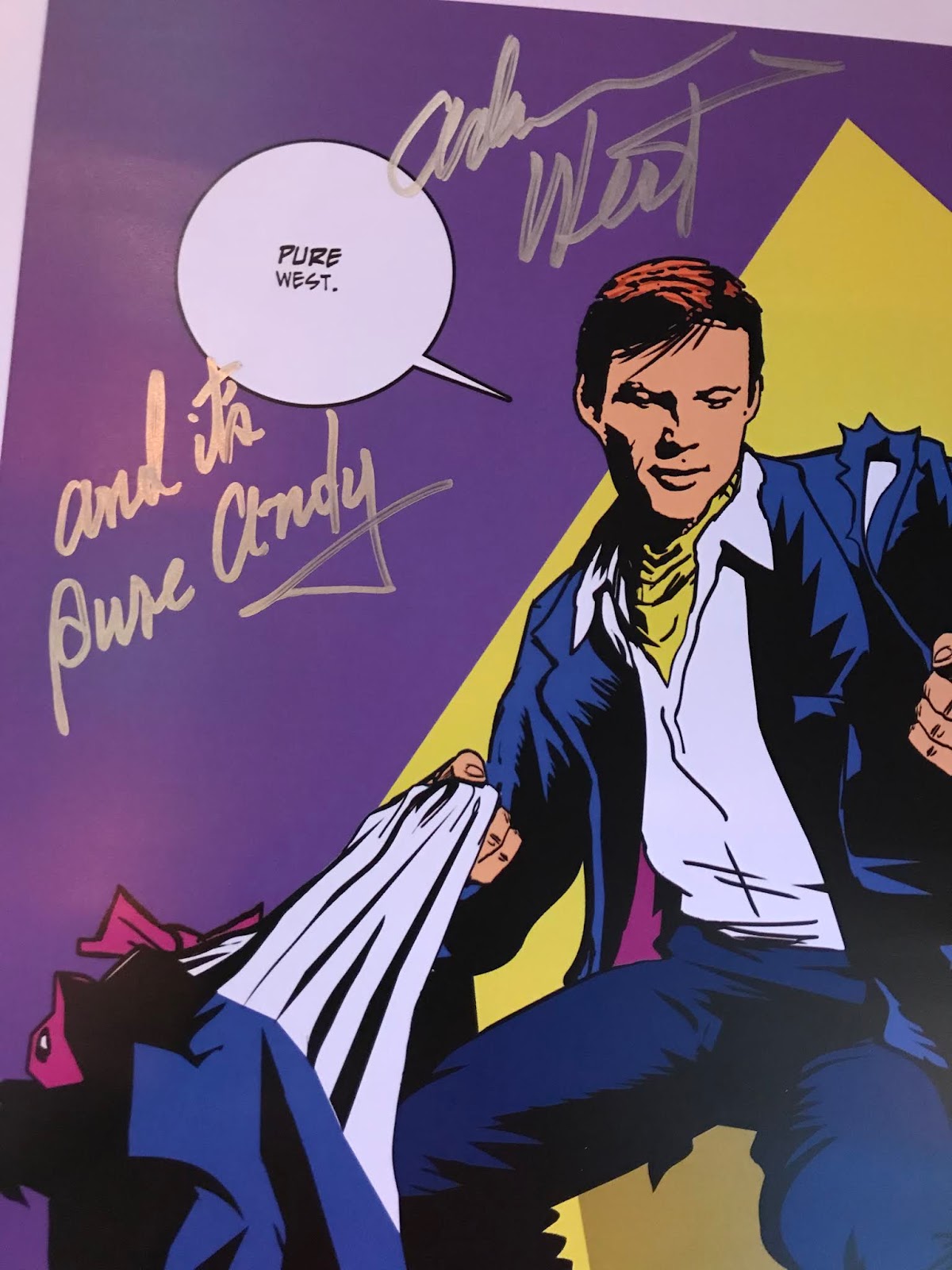 Wow. Just wow. It actually brought a tear to my eye.

I miss you Adam. You are in my thoughts often, but this piece will get the frame it deserves, and I guess I will have a piece of my own art up in my house.

If anyone wants to read the story as it was published it's available on Comixology (I do not get a share) for $6
https://www.comixology.com/Mis-adventur ... ZGl0aW9ucw
Artist-Writer
http://WWW.ANDYTFISH.COM
Top

What a great story and great art work

Are you able to send us a link to the online comic convention?
Top

Everything about the story is great Andy.
I had at least one issue of the comic but didn't realise it had an extended run. I will have to check out the issue you did.
The image you've posted above captures Adam perfectly and it was very generous of you to send it to him gratis.
Thumbs aloft wa-hey from me

Really enjoyed your run on this title Andy.

That splash page was a definite highlight! The inscription from Adam is priceless.
http://66batblog.tumblr.com
http://benbentleyphoto.com
Top

Thanks for the kind words, I will post a link to the show when it’s about to start on May 30th
Artist-Writer
http://WWW.ANDYTFISH.COM
Top

Love the "pure Andy" inscription. It's amazing what a little gesture like that can mean to the person on the other end.
Top

The online comic con is at
https://www.comicartfans.com/my/BoothEdit.asp?bid=97
It’s a pretty fun show— I “saw” a couple of Batboard folks there. The panels are pretty neat— they are all archived so you can watch them even though they’ve passed.
More live panels tomorrow.
Artist-Writer
http://WWW.ANDYTFISH.COM
Top
Post Reply
7 posts • Page 1 of 1