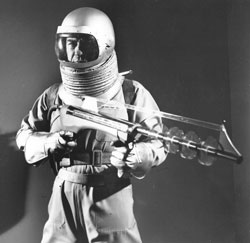 The next script we discuss on TO THE BATPOLES will be for the George Sanders version of Mr. Freeze, written by Max Hodge. Several different versions of it, in fact. Here's a link to a Dropbox folder containing all the scans (some scripts are in two pieces because that's how the U of W proxy researcher sent them to me). Please comment by Sept 16 to have your comments considered for inclusion in the episode.

https://www.dropbox.com/sh/se8fvtt1efvg ... Qz0wa?dl=0
"I'm half-demented with whimsical outrage!"
-- The Joker, in a line cut from "The Joker's Epitaph"
Top

Thanks for sharing more scripts!

I took a look at the Freeze scripts, and it looks like the only ones we really need to look at are the preliminary and the 1st draft. The other two are, apparently, retyped versions of the 1st draft.
"I'm half-demented with whimsical outrage!"
-- The Joker, in a line cut from "The Joker's Epitaph"
Top

bat-rss wrote: ↑Sat Sep 11, 2021 3:08 am I took a look at the Freeze scripts, and it looks like the only ones we really need to look at are the preliminary and the 1st draft. The other two are, apparently, retyped versions of the 1st draft.

I think a lot of the edits improved these scripts tremendously!

Ending the baseball players scene much sooner removes a lot of redundant dialogue and speeds things along. The audience wants the adventure to begin already...! Also, I'm glad Aunt Harriet shows enthusiasm instead of dismay in the broadcast version.

Everything in Gordon's office is faster and smoother, making Batman noble in an economical way.

The princess's line "But I do have a few curves..." is better as broadcast, clever double-meaning. A side-note, there's a level of repect for the characters and show in the whole baseball scene, from them eating snacks, to Bruce and her dialogue and Dick stammering, giving the episode breathing space, something in too short a supply down the road in Season Three.

Oooof! Glad the "Landlady" was cut. Just awful dialog dragging everything down.

The Batman/Freeze parade stuff was unneccesary. Quite obvious why it had to go both for budget and pacing, the latter of which seems to be the overall correction across both parts; simplifying the story as needed so it flows better.

It's too bad ""As the Bat flies" was lost though...such a good line, too bad it never made it on screen in another tale.

While clever, superimposed text for Freeze would've distracted from the story, once again a good cut.

Batman judo-fighting Freeze was much too long of a scene and felt off, he seems much too dignified a villain to engage in fisticuffs. Again, as filmed it got the threat of Freeze and his environment across quickly.

I wondered if there was a scene of Robin being captured.

Cutting it made sense not just to save cents (har har)

but because showing Robin's failure via frozen Bat-copter blades ruins the surprise of Batman finding him in the dining room. And let's face it, some icicles on the propellers is dull. Good it was gone.

Let's fix that on the top page in all caps on every scriptwriter's contract! And in giant letters on set and in the producer's office.

And if it doesn't say that, well...I still think it should've been Rule #1. You do not talk about Bat-Fight club...whoops. Holy Cornball!

While I like Gordon & O'Hara being competent, and here they're at their most competent (next to arresting Clavicle) them saving the Duo would've been a mistake.

Overall, a lot more story in this first draft but it slows everything down with needless detail and dialog while ending on an anti-climax.

What was cut helped create a script of "All killer no filler."

Though maybe in this case, "All chiller no filler!"

Not much I can add to what robinboyblunderer said, but here's what I have:

I noticed how Freeze (then Zero, and now, thanks to you guys, we understand why the change was made), racked up quite a body count in the treatment. Hodge obviously was told that was a no-no before he went to script.

Amusing that one of the henchmen originally was named Otto. Holy foreshadowing, Batman!

As 'rbb' noted, the landlady scene was risible. Nothing lost there.

Besides 'Batman can't be dopey,' I wish third-season writers could've seen the notation--'too talky.' Late second-season and third-season arcs became talkfests as the best action seemed to be off-screen thanks to Dough-zier saving his money as he awaited the syndication windfall.
'I thought Siren was perfect for Joan.'--Stanley Ralph Ross, writer of 'The Wail of the Siren'

'She had a devastating, hypnotic effect on all the men.'--A schoolmate describing Joan Collins at age 17
Top
Post Reply
5 posts • Page 1 of 1