Here is more recent news on the restoration of the lost film "Why Be Good" starring Colleen Moore and Neil Hamilton (who was Commissioner Gordon in Batman!) as posted by Ron Hutchinson this weekend at another forum!

Our "lost" film news continues with an announcement I am finally able to make! Colleen Moore's final silent, WHY BE GOOD? (FN/'29) was long believed to be lost. About 10 years ago while introducing one of my Vitaphone shows at NYC's Film Forum, I mentioned I had just acquired the Vitaphone disks (music and effects) for this feature but, sadly, the film was lost. Film historian Joe Yranski was sitting in the front row and yelled out "No it's not! I know where it is!". The crowd cheered, and so began a decades-long effort to get the film back to American and restored. I'm happy to report that in a joint effort by Ned Price and Warner Brothers, the Bologna Archive in Italy, Joe Yranski (who knew Colleen Moore) and The Vitaphone Project, this film is now being restored. This is an ultra art deco film, with a super jazzy music and sound effects track with such greats as Jimmy Dorsey, Phil Napoleon, and Joe Venuti and Eddie Lang. It even has Jean Harlow as a dress extra! Truly the ultimate silent experience with something for everyone. Ned made all the arrangements to get the lone surviving 35mm nitrate print from Italy and disk transfers have already been completed (I'll post one). So on the heels f finding HELLO POP,* some more MGM Colortones I'll soon announce, and the restoration-in-progress of over 50 1926-30 Vitaphone shorts, 2013 is sure shaping up as a banner year for film discoveries and restorations!

*HELLO POP is the lost technicolor Ted Healy and the Three Stooges film that was recently found and is also being restored.
Darren Nemeth
1966 Batboat Blog!

Here is a video of one of the Vitaphone discs being cleaned.
http://www.youtube.com/watch?v=Z_4ar2ffgTI

Another of the sound being transfered.
http://www.youtube.com/watch?v=z_GyYapv ... =endscreen

Why Be Good was a silent film made in the early days of sound. The music and effects were synchronised to the picture. The disc you see in the video is what was played as the film was projected in the theatres.
Darren Nemeth
1966 Batboat Blog!

For those interested, "Why Be Good" has been restored, toured the festivals over the past few months and is now out on video at Warner Archives.

It has been praised for having one of the best, if not THE best, Jazz scores of any film from the early sound era.

The picture has been fully restored and synchronized back to its original Vitaphone soundtrack discs. This is the first time in about 85 years that it has been seen as it was originally released in theatres!!!

And is also the first time on home video.

Everyone on the silent film boards seems to really like this one and indicate it is one of the best "Flapper" movies from that era.

Administrators; If this link violates the main forum guidelines please delete the link. 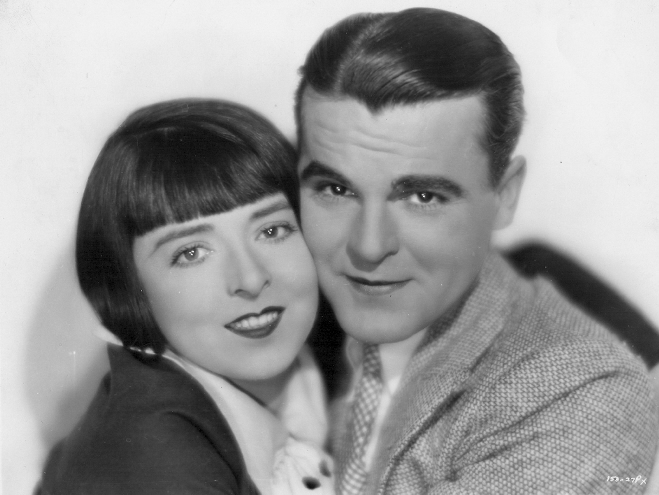 Warners, eh? Bet we'll see it on TCM pretty soon!
"To the medical eye, such childish claptrap means only one thing, young man: You need some sleep."
Top

Was Colleen Moore a Louise Brooks knock-off, or did all the Hollywood leading ladies of the day look like that?

Quillpen Quirch wrote:Was Colleen Moore a Louise Brooks knock-off, or did all the Hollywood leading ladies of the day look like that?

She was one of a kind. That hair style and being a Flapper was something that was in style in pop culture in the late 20s.
Darren Nemeth
1966 Batboat Blog!