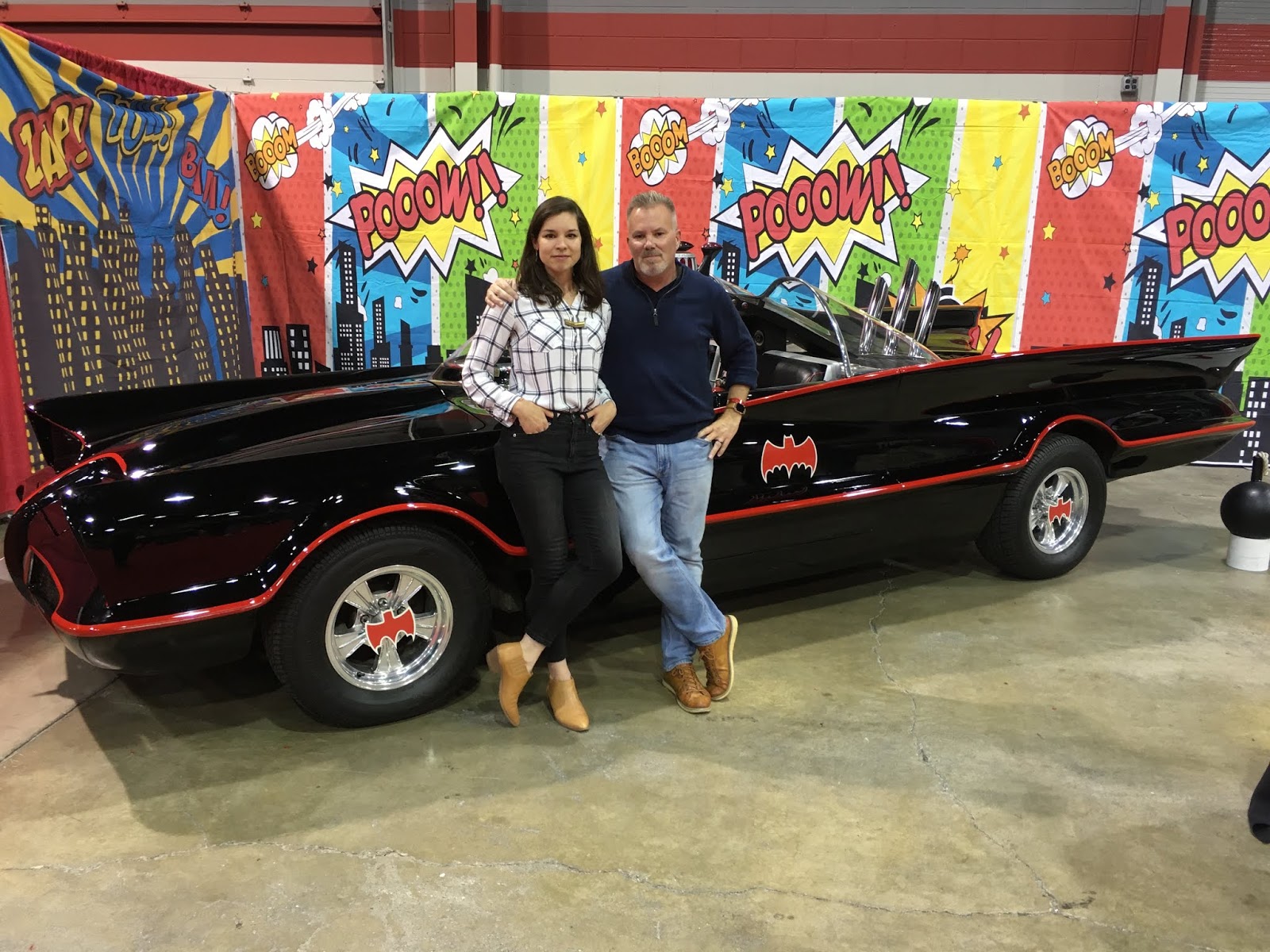 We had a lot of fun at Ace Comic Con in Chicago-- not a lot of '66 Batman at the show but my table was right across from this great New Jersey Batmobile-- so I had a great view-- and to my left was a large screen TV showing College Football and to my right was a bar-- so I had a perfect spot!

Cosplay wise, a ton of the new Joker's but not a single Batman of any kind that I saw.

Anyway, here's Veronica and I with the car, mega thanks to the owner for taking the pics.
Artist-Writer
http://WWW.ANDYTFISH.COM
Top

That's awesome. Sounds like you had a great spot. I was at LA Comic Con Sunday and saw some Riddlers, including a boy about 8 years old, but no 66 Batman. Quite a few of the Joaquin Phoenix Joker though.
Top

I know THE JOKER just premiered last weekend but I was surprised by the number of those Jokers. No originality. A few years ago everyone dressed as Suicide Squad Joker and I'm glad that has passed. This too will pass I assume.
Artist-Writer
http://WWW.ANDYTFISH.COM
Top

I think people decide to cosplay a character when a movie trailer and marketing materials start to appear (same with video game characters). It takes a lot of time to create a costume, so not surprising that they show up to coincide with the movie release. I've seen Samurai Jokers and other very creative interpretations, but not usually at the smaller conventions. Check out this one: https://www.princearmory.com/gallery-me ... ker-armor/

Your standard Joker/Riddler/Harley Quinn, etc. are available at most costume shops, but it takes a lot more effort and money to create your own version. I was musing about creating a Blue Hornet, Orange Hornet, Purple Hornet, etc. to go along with my GH sort of as a gag, but the cost would be exorbitant (would be fun though; maybe I should start a Kickstarter campaign). It was hard enough just putting together a passable Green Hornet!
Top

Can't beat THAT spot with a stick Andy!!! Sounds like a perfect weekend!
Quick, Everyone, Flee for your lives, into the street!!!!
http://www.williamsstudio2.com
http://www.etsy.com/shop/WilliamsStudio ... eller_info
Top

--and my wife next to me-- added bonus! All that was missing was a wing bar!