So it's official! November 11 will be the release date for the various sets including a limited edition box set. We'll get all the full details exactly one week from today at SDCC. Looking forward to checking out the box art as well as the various DVD set presentations.

I'm not usually buyer of DVD's, this will be my first Blu-Ray purchase. My question: Will there be a Blu-Ray regular set and this Limited Edition Blu-Ray set? Or, is the LE set the only Blu-Ray that will be available? Not sure how this is usually done.
Top

droboogie wrote:Amazon now has a listing for the blu-ray set:

It's $189 - about what I expected. Also, I doubt very much that the photo shown is the package artwork.

meh, the artwork is not very good. Hopefully thats not going to be the official artwork. AND if the set is 189.00 bucks on blu, then its for sure out of my price range. That would put the DVD release at about 149.00. So looks to be about 50 bucks per season on DVD and 63 bucks per season on blu. Too rich for my blood. Looks like Ill be sticking with my bootlegs for awhile longer.

its a shame that a fan of the show for 40+ years cant afford this. Why not give fans an affordable price? Lets look at say the Beverley Hillbillies. When they came out on DVD, the full list price was 29.99 on amazon. VERY reasonable. Now you can get them for like $7.50 new. Again Very reasonable. I hate that studios increase prices just because its Batman.

Of couse look at the Six Million Dollar Man set that Time Life put out. When it hit, the price was $249! $50 per season. Of course I waited a good 6-8 months and found a used copy in perfect condition on ebay for $99. So ended up avg $20 bucks per season. Much better!!!! Of course when the single season releases started coming out they priced them at $29 bucks, but now you can get them for 10-15..

I guess I can rant all day long, but in the end it is up to the customer to determine what they are willing to pay. For me I have a price point of 29.99 NEW on DVD per season. If I cant get them for that, then I wont get them. Simple as that.
Top

There are 120 episodes of the show. Today that would be the equivalent of 5+ seasons. The second season alone had 60 episodes. I know the price might seem high, but I think this is a bargain for the whole series set. The price will probably drop later on with individual season sets, but it is very affordable for me.
Same Bat-Time
Same Bat-Channel
Same Perilous Predicament
Top

Also, the idea that the show is 120 episodes and that equals 5 seasons is crazy!! The show was supposed to be 1 hour episodes for the first 2 seasons. If you think about that, there is 30 1 hour episodes from season 2...NOT 60... 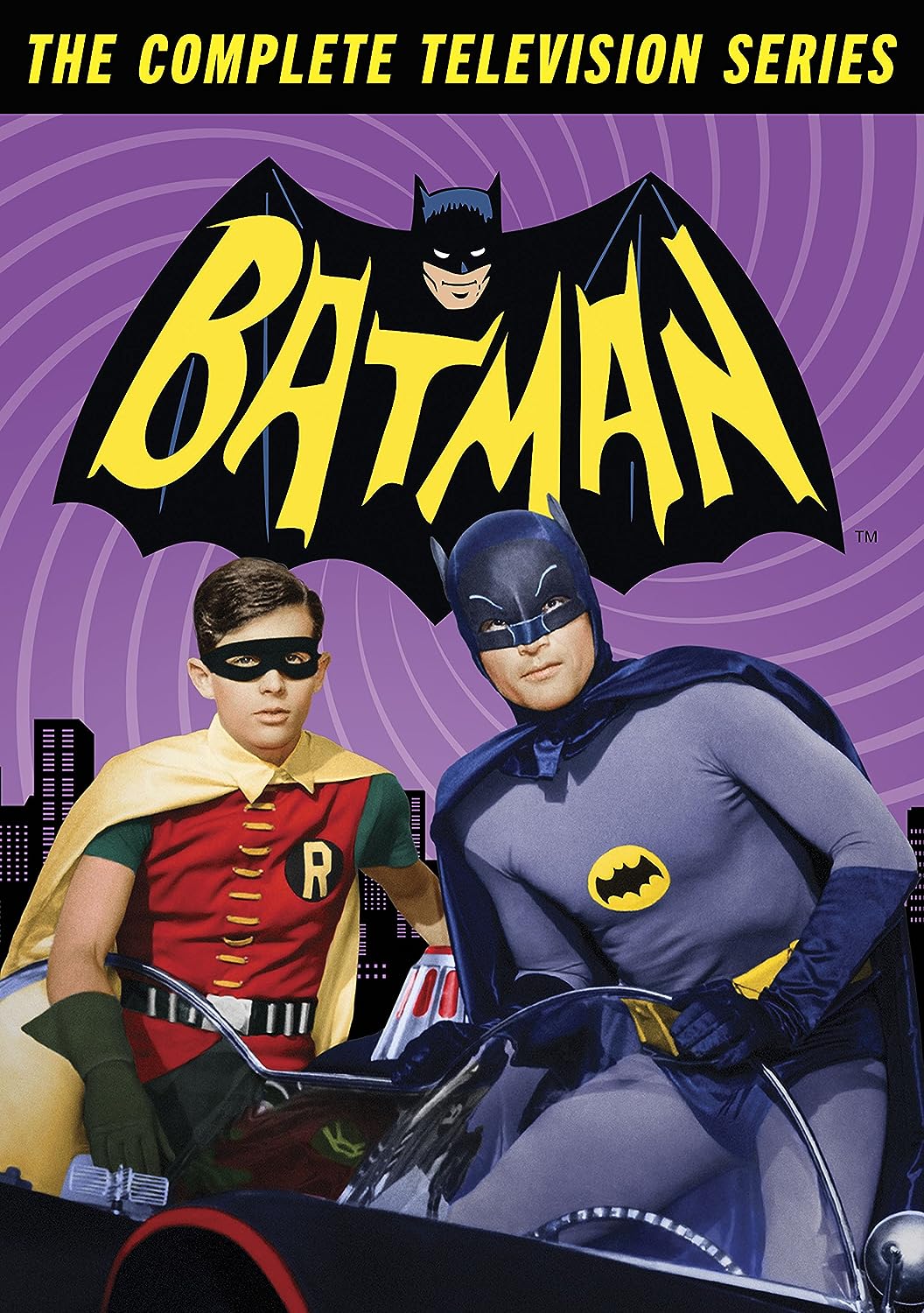 Ordered Blu-Ray - note limited edition. Their original Blu-ray is still working but you can't order, so use the one above if they are your choice.

Look at those colors - POP!
Some days you just can't get rid of a ... SHARK!
Top

I just checked at the digitalbits.com and they said the box art work is just temporary.
Top

I'm a little torn between DVD or BluRay. Our main TV is an older Mitsubishi big screen that's still going strong but has no HDMI so no BluRay player. I know the regular DVD's will still look fantastic but I also know eventually we will upgrade the TV when it dies. Either way is better than what I have now I guess! Can't wait to get whichever set I end up with.
I will say they could have done better if that's the final box art though.

Well, I ordered the blu ray LE today and I hope(Hope Hope Hope) that the digital code will be included. Which I'm going to assume because of the price.
Top

I wonder if Wal-Mart or Sams Club or Target or Best Buy will have them in stock at a lower price?? then Amazon. Either way I will get both of them this is so AWESOME!!!!

Can not wait to get them all uncut and with extras!!! Happy Batman Days!!!!

chelray1 wrote:its a shame that a fan of the show for 40+ years cant afford this. Why not give fans an affordable price? Lets look at say the Beverley Hillbillies. When they came out on DVD, the full list price was 29.99 on amazon. VERY reasonable. Now you can get them for like $7.50 new. Again Very reasonable. I hate that studios increase prices just because its Batman. .

What you're describing is not reasonable at all. First off, you're talking about one season of Beverly Hillbillies and approximate one-fourth to one-third the number of episodes compared to a packaged three season release with extra bonus content etc. And there is not a SINGLE TV release where you can get it for $7.50 when it first comes out. Now if you want to wait in the forlorn hope that a title is going to be massively unpopular and end up on the remainder bin somewhere, by all means go ahead, but the idea that the company releasing this should follow an unprofitable business model that doesn't pay for the cost of producing the set is the thing that strikes me as unreasonable.

Let's instead compare the price of the discounted Blu-Ray set at Amazon to another model. It comes out to $63 per season. By contrast, CBS/Paramount is continuing to release "Gunsmoke" in half season sets of $40 EACH, which means $80 per season meaning that buying three seasons of "Gunsmoke" would basically cost me more than the Blu-Ray set is going to cost. So there is nothing wrong with the price model for a new release. Of course you're liable to find it cheaper when used months later, but that's for the same reason why a used car is cheaper than a new car. Is it therefore "unreasonable" for a new car to cost more than a used one?

I respect the fact that some people might have to wait for budgetary reasons, but expecting to get something for nothing is carrying that argument too far IMO.
Top

To add to what epaddon just said, keep in mind one of the reasons this was stalled so long is because of the tug-of-war over the rights. So for WB to release this, it's reasonable to assume that both Fox and Greenway, i.e., Dozier's estate, had to be compensated up front and/or with a cut of the profits. What I'm saying is there are more mouths to feed here than just Warner, so that factors into the price.
'I thought Siren was perfect for Joan.'--Stanley Ralph Ross, writer of 'The Wail of the Siren'

'She had a devastating, hypnotic effect on all the men.'--A schoolmate describing Joan Collins at age 17
Top
Post Reply
1100 posts