I know, I did a double take when I saw them. I was shocked to see all of them there in CVS of all places.
Top

Found em! No one told me they have pull back motion motors in them. Too cool! And for $5.99, how can you beat that for a diecast Batmobile? !

Although I still have my long-sleeve Tshirt with the TV chest-logo on it that Wally kindly gave me, it was finally time to replace the short sleeve version of my beloved shirt that I had custom-made back in 2004 and even made a cameo in "Starring Adam West".

Hey John, Thanks for that info. I never thought to check for that. Great!
Top

Cool Szabol! So, does the beacon light flash? Do the headlights/ forward Batbeams come on? Cool if the turbo flame in rear comes on too! As far as sounds, are they our old friends in the original sound effects? Thanks in advance.
Music. BAT! Music.
Top

Thanks a million for the tip!!
Top

Got a Robin 66 itty bitty at Hallmark, finally got the itty bitty dynamic duo together!
http://sailortrekkie92.deviantart.com/
Top

FINALLY got the 1 Bendy Batgirl to go with my 665 Batman and Robin! 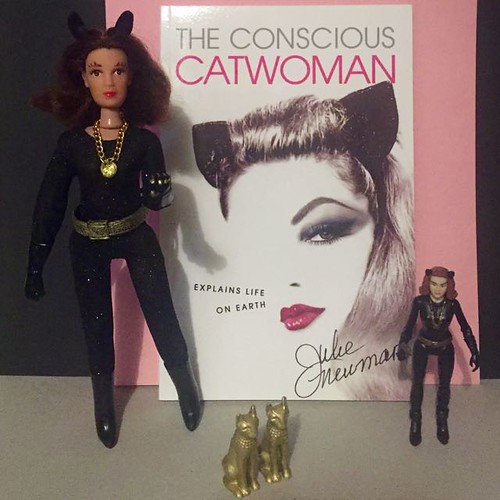 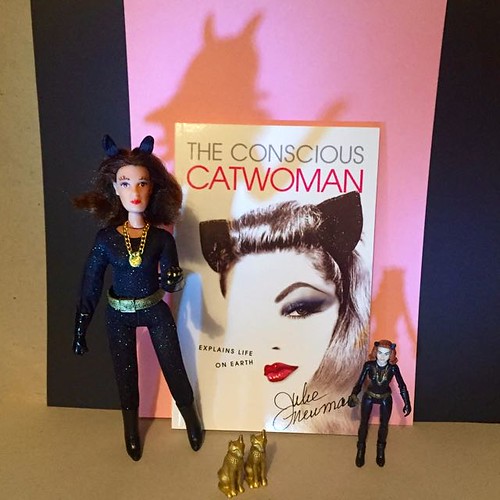 Shadow of the Cat by Ian McLean, on Flickr
"Holy nostalgia, Batman!"
Therin of Andor

I don't collect anymore as I lost everything in the bad ecconomy about 5 years ago but, right after Adam's passing I did finally buy the complete Batman TV series box set which was $20 off at the time. Prior to that I had the entire series on a bootleg DVD set. With Batman's passing, the low price and the fact that in the past two months I have finally started to crawl out of the financial hole of the last five years I felt that the time had come to purchace the official set.
Top

Been there myself about 6 years ago. Glad to hear Your financial health is better.

Just got the Funko Batmobile with Batman and Robin

Here's the two Batmobiles together

and here's the various figures altogether...

(I still wish NECA had done a 7" scale Burt Ward Robin
"Someone might be able to substitute for Batman, for a very short time, but no one could ever replace him!"
Top

I just received my Sideshow Collectibles Premium Format Batman figure. He stands 21" tall on the base and is quite heavy. I think he is fantastic. He exceeded my expectations, as did Catwoman. Batman's cape has several wires running through it, so that the cape can be posed/shaped in your desired action pose. I need to continue experimenting with that until I find something I am happy with. It was a really big investment for me, but I feel it is worth every penny. Here are some pics.