Forum rules
You must read the MERCHANDISE RULES before participating here.
Post Reply
13 posts • Page 1 of 1

Ok I have to admit I love my Xbox even at 48 I can't seem to shake the game bug, that being said how cool would it be to get a batman and robin game made. I dig the arkham games but if they would take the game engine and graphic abilities we have now and make a full blown B&R game with all the classic villains how cool would that be. I would have to take extra pain meds to spend any real time playing it but would still be cool. Just bored and thinking out loud....
Top

They do have an entire Batman 66 level with the TV heroes and bad guys (complete with Alfred, Batgirl, Bat-vehicles, the study with Batpoles and the bust, a vehicle chase, and the Batcave) in Batman Lego 3: Beyond Gotham. Adam West provides the voiceover. The very long credits sequence of the game features a Batclimb with 66 B & R encountering many celebrities along the way. And Mr. West also appears as himself in EVERY level.
He flies and fights-BATMAN!
Purity and virtue-BATMAN!
Cowards run away!
Batman saves the day!
Also, Boy Wonder Robin.
Batman and Robin-caped crusaders at night!
BIFF! POW! BAM! BATMAN!
Top

I like the video game idea. Lets do a kickstarter for it!

Gamer here too. In Arkham you can use an Adam West skin, but he looks like West on steroids. Fun, but I would prefer "Pure West". I'm not 100% happy with it.

There's also an unlockable Adam West skin in Arkham Origins: Blackgate. It was a handheld title released to coincide with the full version of Arkham Origins and has since been ported to consoles as a digital download. Here's a video showing the skin in action, but be forewarned that it does include a very loud intro at the start:

I'd definitely love to see a true Batman 66 game released though, even if it just meant an arcade title on Xbox Live or PSN.
Top

Nice!!! He was throwing some real '66 Batman type punches! With a Robin that follows along, sort of like "Sonny" in the old X-Box "The Godfather" game, that'd be a great prototype for an actual 60's Batman X-Box or PS release. 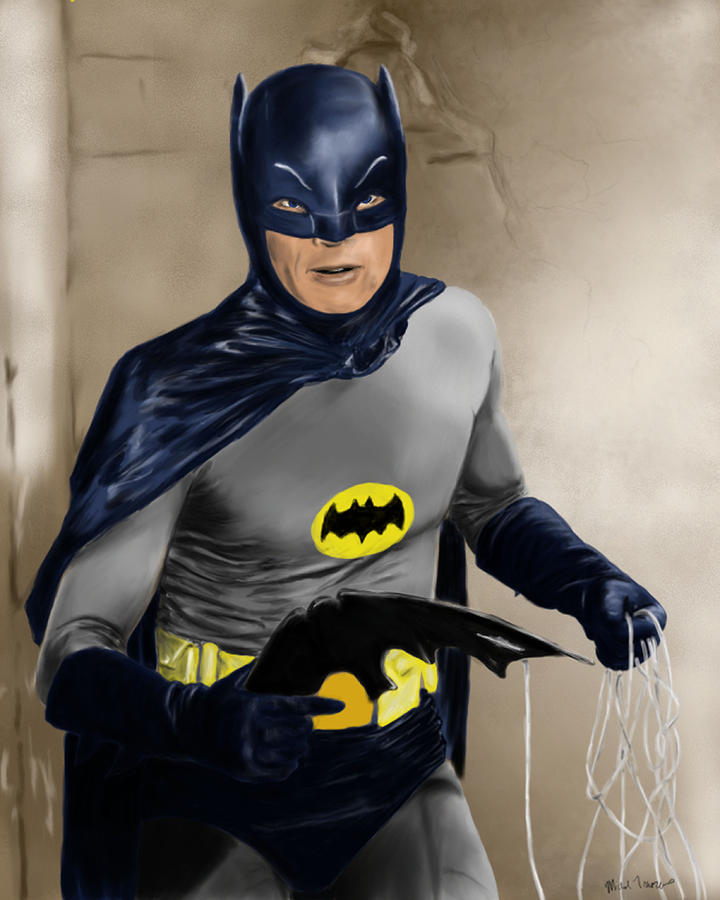 , but as the sages say, "The journey of a thousand ri proceeds step by step". Maybe some company will take the next step now that so much interest was paid to the Lego version. I will say it is obvious the Lego people must be HUGE fans of the series and their love for it shows in the level.
He flies and fights-BATMAN!
Purity and virtue-BATMAN!
Cowards run away!
Batman saves the day!
Also, Boy Wonder Robin.
Batman and Robin-caped crusaders at night!
BIFF! POW! BAM! BATMAN!
Top

I agree LDM. Lego does seem into the 66 thing. Where are the 66 related playsets!! But I for one would like to see a real treatment of our series in video game form. Can you imagine the various levels? Make it bright and colorful in OUR Gotham City.

1) Batmobile chase! Drive the Batmobile out of the Batcave and into a chase with villain's vehicles such as the Jokermobile and Catwoman's car. Be careful! You have to have some driving skills or you won't even make it out of the Batcave! (I'd probably wreck into the cave walls about 200 times before I got the hang of it.
2) Batclimb scramble. Control Batman and Robin to climb various buildings looking for the villains. Include MODERN window cameos such as Mario and Luigi, Qbert, Pikachu and other video game divas (assuming Nintendo is the producer.) Also, MODERN stars in gaming form such as Wally Wingert. Yes, we have to have Wally on board with this because he could do some of the voices. It's what he does!

I have more ideas, but it's late (or earlier for you daytime people.) We need to get kickstarter going for this. How much would we need to get through the first hurdles? I would think $1,000,000?

Batguitarist wrote:I agree LDM. Lego does seem into the 66 thing. Where are the 66 related playsets!!

I would love to see those too. As is, about the only one is the mini-66' Batmobile released at last year's SDCC. And my husband says it is going for too much money to open and build

Although I'm sure I couldn't afford it, I'd love to see a Batman '66 style pinball machine. With all the music and color and voices, I think it would be pretty awesome!
Top

Well, it's not a pinball game but check out the casino slot machine!! Enjoy!

I've seen a couple clips of the slot machine in action, but I haven't seen this before. Thanks for linking to it! That makes me think even more that a pinball machine would be pretty sweet. Something like this Wizard of Oz machine:

I have told this story before but I had a dream when I was a kid that Cinemaware had made a 1966 Batman game for my Commodore 64. For those who don't know, Cinemaware was one of the leading developers in their "interactive movie" games at the time.

I can still see those images burned into my memory.
Top
Post Reply
13 posts • Page 1 of 1