Diamond Select have revealed a first look at their Eartha Kitt Catwoman statue and I must say that i'm digging the read of the likeness far more than I have some of the previous 66 character busts in this line. 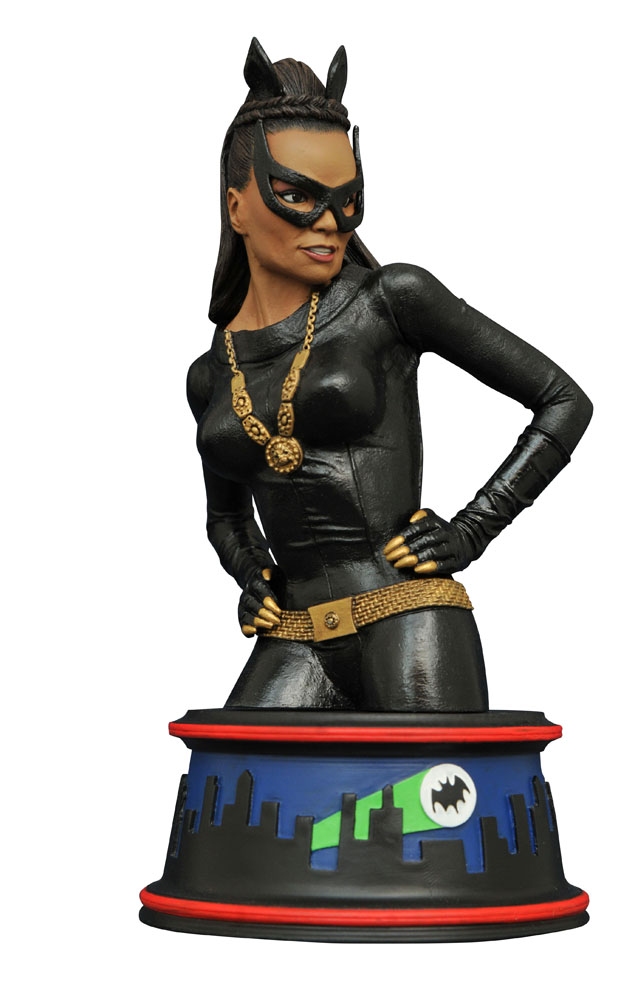 WOW! That's awesome! I haven't picked up too many of these busts, but I'll definitely grab this one.
My Twitter • My Instagram
Top

Definitely one of the best in this line without a doubt! That's an absolutely incrredible likeness.
Top

The link provided by Ben says they stuck Eartha's hide on the body of Julie's bust. That explains why the... umm... bust is a little too generous shall we say.
dell
Top

That's killer. It's a shame they couldn't get the rest of the series to be as nice & accurate as this.
Top

Face looks good. I wouldn't mind having this one. Now if we could get a Christmas ornament of her, Penguin, Riddler, and Mr. Freeze, I'd be very happy!
Better Living Through Godzilla
Top

Chynna22 wrote:Now if we could get a Christmas ornament of her, Penguin, Riddler, and Mr. Freeze, I'd be very happy!

Don't forget Robin.
I would have figured that they would have made an ornament of Robin before the Joker or Catwoman but,... What do I know?

Drat. That's kind of a bummer that they only did a head swap. I'd have 2 Catwomen in the exact same pose.
My Twitter • My Instagram
Top

Why can't they make one of Sanders for a change , wearing that smoking outfit.
Top

Mr.Freeze wrote:Why can't they make one of Sanders for a change , wearing that smoking outfit.

An electronic one where you can change aeas of his room red to blue to represent hot and cold.
Top

Mr.Freeze wrote:Why can't they make one of Sanders for a change , wearing that smoking outfit.

I would guess it's due to licensing.
Otto was my favorite Mr. Freeze but I'd like to see the others too.
Top

Monstar wrote:Drat. That's kind of a bummer that they only did a head swap. I'd have 2 Catwomen in the exact same pose.

The way she's turned her head, you have lots of scope as to which angles you set the two Catwomen at. They will look quite different on a shelf together.
"Holy nostalgia, Batman!"
Therin of Andor

I think George's Mr. Freeze would look good in the space suit but not the smoking jacket. It would make a very boring bust compared to the other villains they've done. I think they made right choice using Otto's version over the other two. He just looked the part and was the most appealing in appearance. Diamond Select told me Bookworm had to be revised, I guess DC didn't like the likeness? Hopefully he still happens. I would love to see Shame, False Face, and Clock King.
Top
Post Reply
16 posts