Forum rules
You must read the MERCHANDISE RULES before participating here.
Post Reply
12 posts • Page 1 of 1

We might see something like this for Batman 66, but so far there is an all black figure from the movies, and this one from the animated series, coming in July 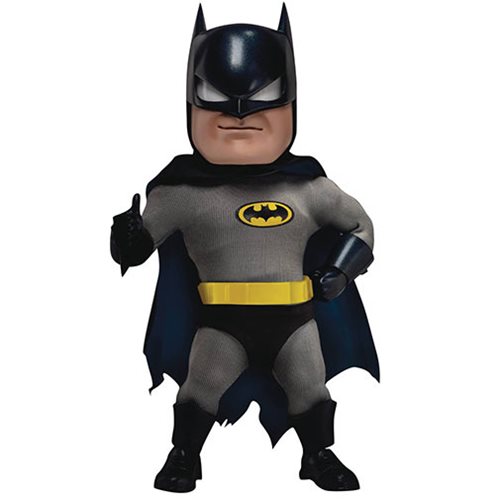 The Bruce Timm version of Batman is already a highly stylized design: the little square head, the huge shoulders and chest, the spindly little legs. I happen to really like it, but inarguably it's not a "realistic" portrayal: it's a stylized cartoon, and what defines BTAS Batman from a million other takes is that unique, specific style.

If you change all that around, giving him a big head and narrower shoulders and stubby arms and legs, it's not BTAS Batman any more. It's just another interpretation of Batman that happens to be wearing the same-colored costume as BTAS Batman.

I have the same problem with Funko figures based on Hanna-Barbera characters, or similarly distorted figures based on Mickey Mouse: these characters already started as cartoons, and what defines them is the style in which they are drawn. When you change that style, it's not that character any more. Anyway when I was a kid and didn't draw Mickey Mouse "right," all my friends were sure to tell me I'd blown it. It's funny that now people are spending good money on stuff that's just as "off-model," or more. 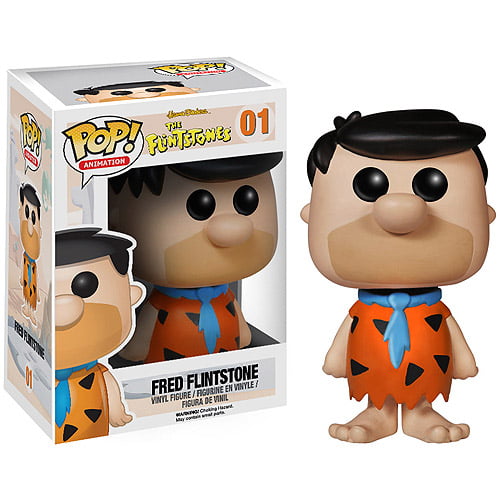 Having said that, everyone gets to have their own opinion, and for those who like this sort of thing, go for it.

I share your perplexity Sprang-- I don't get it, I'll never get it and I don't need it. But ditto the sentiment, if this is your thing have at it.
Artist-Writer
http://WWW.ANDYTFISH.COM
Top

Yeah, I hate those Funko products.

I can understand the ones that represent real people easier than I can the ones that represent cartoon characters with established designs. Sure, I happen to think every "James Bond" actor looks the same in that format, and the lack of mouths and sometimes noses, and the same round eyes on everyone, make for a cookie-cutter line, but at least there's an understandable gimmick to it ("what if celebrities looked like deformed elves?") whereas with the cartoon characters it's more "What if the characters you love were drawn completely differently from the way you love them?"

To be fair, I have the same problem with recent DC comics that re-imagine the Flintstones or the Jetsons as something unrecognizable: 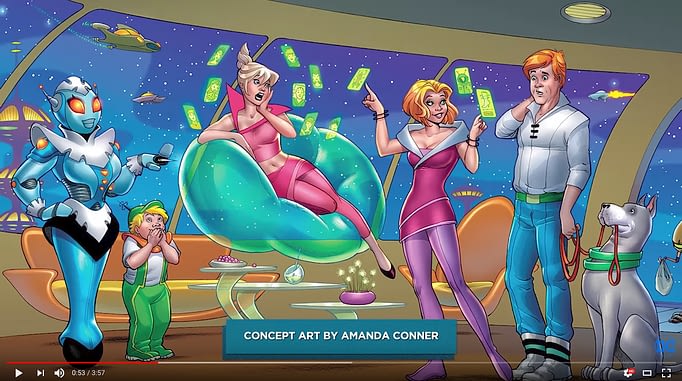 I freely admit this may be a side effect of my advancing years, and the "Get off my lawn" effect.

If they were, I'd have been in the poor house long ago.

As it is, I'm constantly about a week away.

Mezco ‘89 Keaton Batman shipping soon. Could the 66 Batman be far behind. Both were featured at Toyfare in Feb 2019.
Some days you just can't get rid of a ... SHARK!
Top

WOW it's been that long ago that it was revealed!
Top

Here’s the Keaton version out now

Any news about the Mezco MDS figure? A month ago I saw the Keaton one to purchase, so I asked Mezco about the West figure. On Facebook they sent me an automatic message, so I mailed them. No reply. I hope they didn´t cancel it, as I couldn´t find a release date or news on the net.
David Buceta
http://www.capitanpepinillo.com
Top
Post Reply
12 posts • Page 1 of 1