these are awesome.. scooter from pimp my batmobile just posted more pictures on facebook!! this has been a long time coming! Cant wait!!!!!!!!!!
Top

Bigbadtoystore has the Neca figure up for preorder lready. They're asking 84.95. Description says it has a "functional utility belt(?!?!?!) plus "interchangeable hands and loads more."

Meanwhile this is the most detailed shot I've seen yet of the head sculpt:

They should have hired Chuck to sculpt these instead of just bleeding him for info.

I not complaining here, because for the most part I think they look great. but even though they capture the feel (like Ben said), Chuck could have brought some real magic to these figures.
Top


Love 'em!!
Why, though, am I getting the feeling there isn't going to be a Batgirl??

Mattel apparently has promised "at least 3 more figures." Although they haven't said what those would be, it's reasonable to assume they wouldn't want Catwoman to be the only female figure in the line. Maybe.

On the other hand, it's Mattel, so it's just as likely they'll all be Batman variants. We've already seen "Surf's Up Batman," so what's left? Pink cowl Batman, I guess. Screen test Batman? Alfred as Batman?

I would like to see their sculpts for the female figures. The Mattel figures I have make the males big and muscular, but the females unnaturally, impossibly skinny. I hope CW and/or BG will look like human beings and not creepy scarecrows, with the skeleton arms.

Ok, Mattel got the bat-logo right on the Ken Barbie doll but not the 6" line? I hope that's just a prototype.
Top

The Booking Worm wrote:Can't wait to see Catwoman and the Joker.

Funko's announced (but apparently not at the show) Bobbleheads and mini-figures. Cute stuff, especially that little Batman in the 'mobile.

Wow, those bobble heads are awesome! $20 price point I assume so that's another ka-ching from my wallet!
Top

rubinekso wrote:Loving everything I'm seeing so far but kinda bummed not to see any Batgirl merch :-/

Interesting to see on the bobbleheads that for Catwoman, it looks more like Lee Meriwether's likeness as opposed to Julie. Would love to see all 3 Catwomen represented in some way on the merch.
Ruby Rinekso
http://www.facebook.com/rubyrinekso
http://www.kissnation.com
Twitter: @rubinekso
Top

Here's a slightly brighter image of the Neca figure from the MWC Toy Review page. Notice the fingers on Adam's left hand. It looks like he may be ready to do a certain legendary dance. Just sayin.' 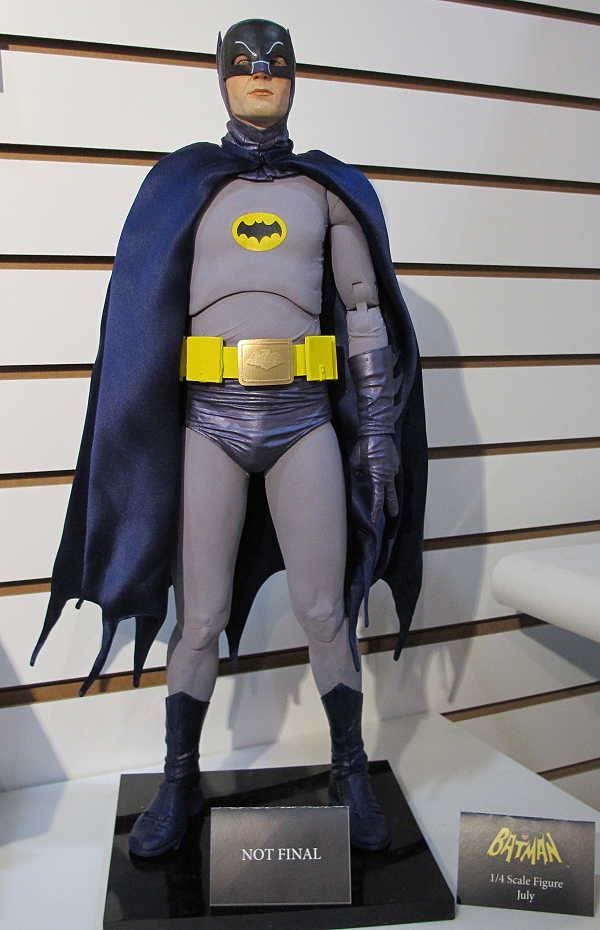 And here's a Batmobile for a mini figure from Mezco. 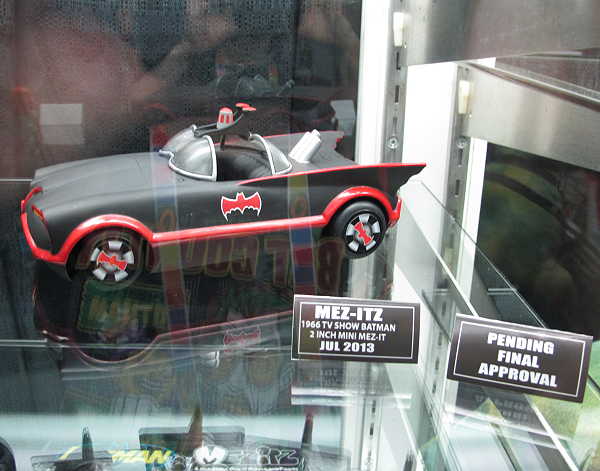