Looking for images and info on the various BATSLEEP cans. Anyone have any good screen grabs and the like?

Probably the clearest shot in the series, from "The Penguin Declines": 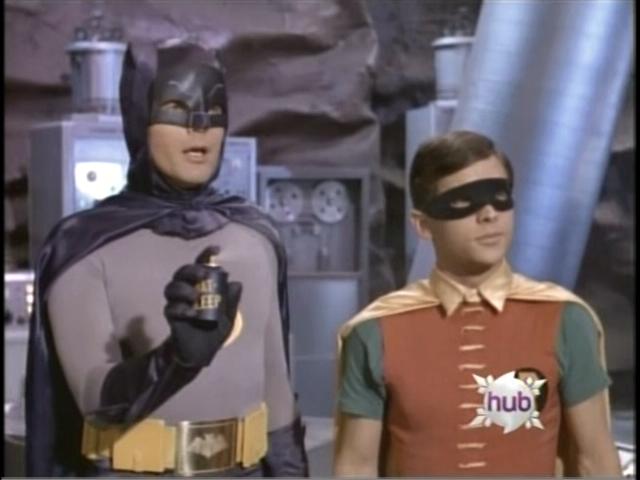 There are two different ones that I can tell; this is the best shot of the other one (from "The Bookworm Turns", but it's much smaller so Batman's fingers hide it: 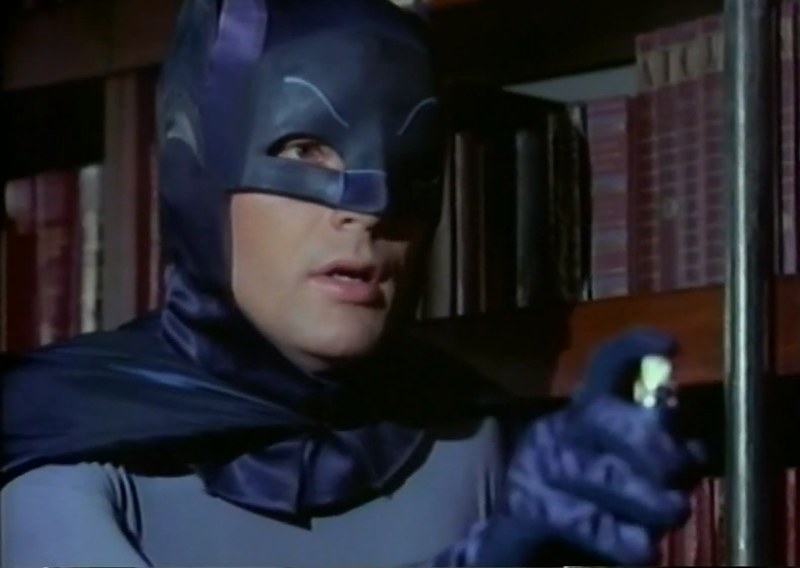 And a couple more from "The Riddler's False Notion" if they help: 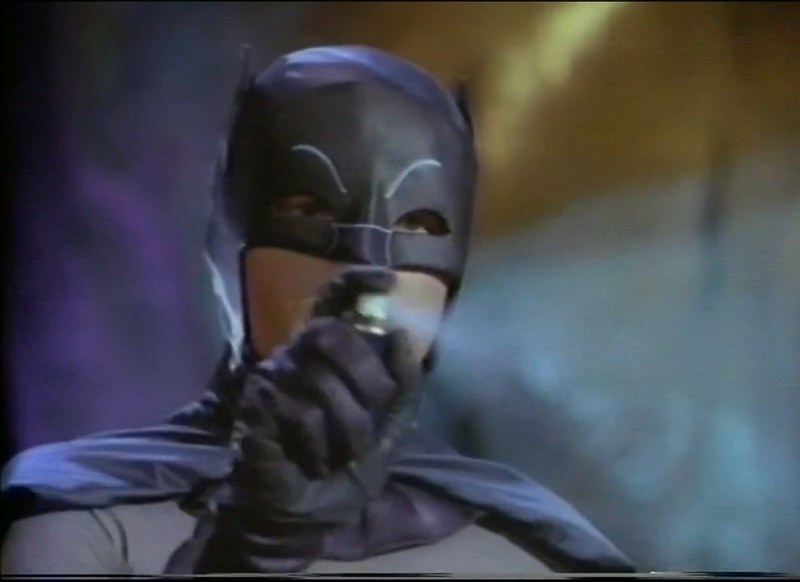 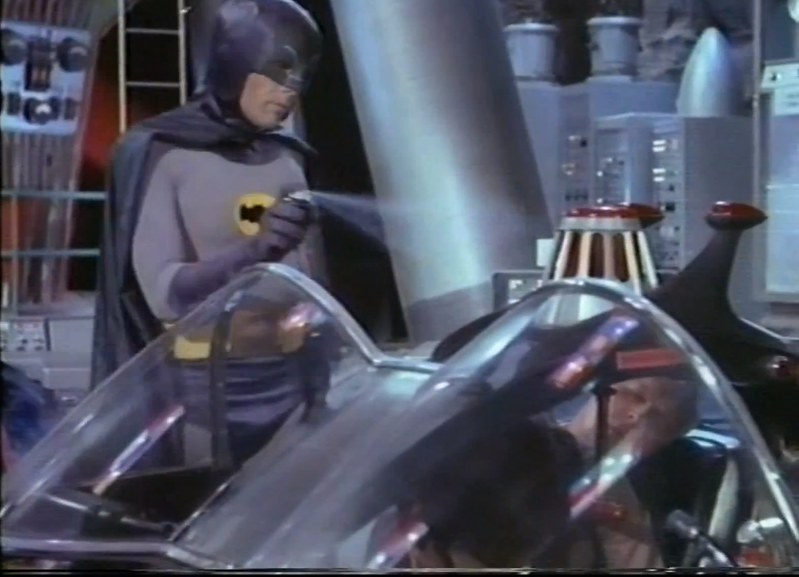 Thanks, gents. I was sure there were two sizes, glad to know I wasn't dreaming it.

I have a question.
Does anyone know what was actually IN the cans that they used on the show?
( i.e. Air Freshener? etc...) I've just always wondered.

=Frank=
The Early Bird may get the Worm, but it's the SECOND Mouse that gets the CHEESE!
Top

Probably just water. Air freshener or even inert gases would pose a health risk to the person being sprayed, even if they held their breath. Of course, based on his book Burt Ward would probably claim this was par for the course...

...and come to think of it, the colored smoke used for knockout gas was likely formulated from a potassium nitrate/sugar mixture with dye added and would have been harmful to breathe. So maybe the cans were air freshener

The tell tale ghost of the transfer letters!!

Some of the knock out stuff I believe were colored theatrical powders.
The stuff from Catwomans whip handle and Blazes cigarette holder for instance.

The canned stuff looks like old travel size deodorant . At least it would be a bit safer.

I also think they used certain angles that made it look like they got a face full, but it was actually sprayed away from the face.
Quick, Everyone, Flee for your lives, into the street!!!!
http://www.williamsstudio2.com
http://www.etsy.com/shop/WilliamsStudio ... eller_info
Top

I made Bat Sleep and Bat Wake cans from aerosol spring water I found at CVS. It is made to spay in your face. Since there were several different can sizes on the show i figured it was ok to use something that work for the size and could actually be sprayed. The nozzle can actually be switch out but I have not done that yet. I got the lettering from DoItyourselflettering.com. They had font that was very close, arial narrow.

Thanks again to all for the info!
Top

Well, what do you know... safe imitation Bat-Sleep!The stuff even shows up well on camera when you spray it, from the company's video. A bit bigger than the show item, but you did a very good transformation.

(Best match for the real font used would be Akzidenz Grotesk Condensed, if you can get it.)

(image from identifont.com)
If you can find correct lids, you might even be able to make the Riddler's A and B cans (their letters look like Franklin Gothic Bold Condensed). 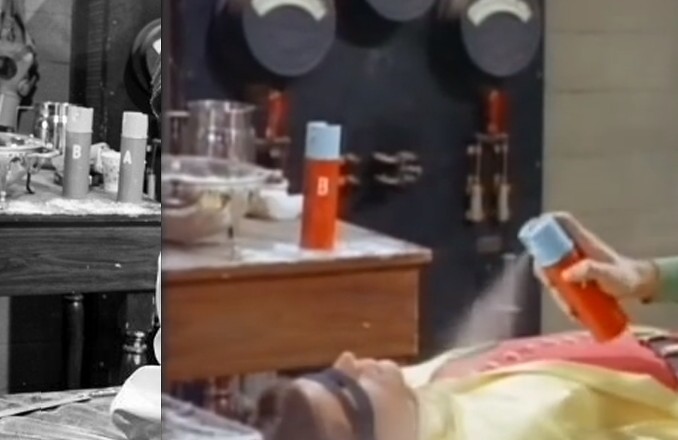 "To the medical eye, such childish claptrap means only one thing, young man: You need some sleep."
Top
Post Reply
10 posts • Page 1 of 1