Almost done with my first and need help

Almost done with my first and need help

Greetings! I'm new here and after digging around looking for some info to complete my 1966 costume I have ran into hurdles. I find plenty of info on gloves, briefs, and cloth to match the Mattel cowl but most are from 2012 to 2015 and the items are no longer available.

Anyway, any tips would be welcome. I am after what I said, briefs, gloves, and clothes to make a cape. I also plan to paint my black fantasama hero boots to match unless someone knows for certain what color or brand of boots I need.

In the interim, here's my first batman costume almost done. 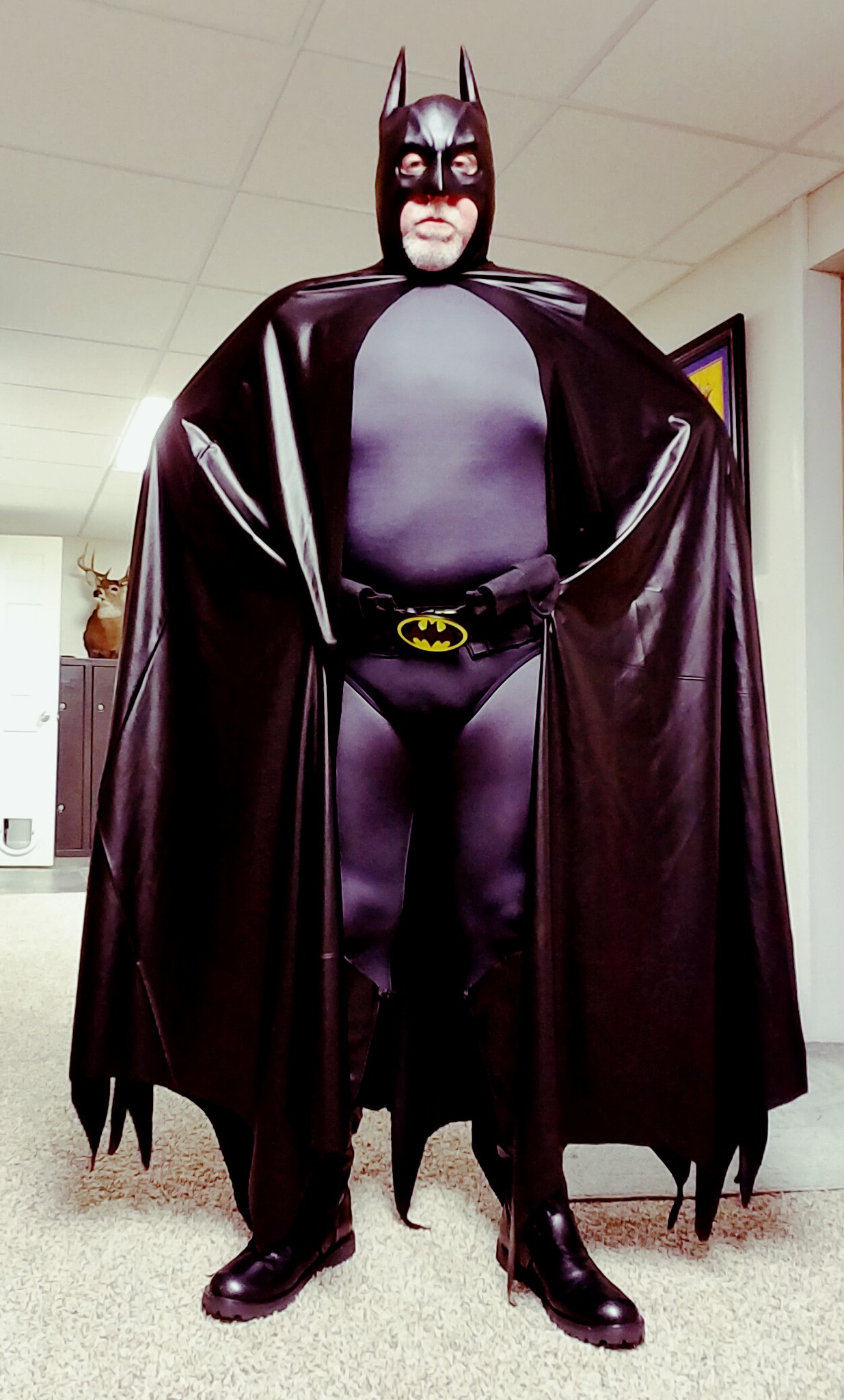 I'm in the same boat. I've contacted every tailor and seamstress in my area and can't get them to touch a cape. Even with the Williams studios pattern, tape and fabric supplied! I've even sent the links to the sewing posts and all I'm getting is no. I ordered the anime company boots and provided all the measurements they asked for. I know the toe is more square than Adams boots. But I can live with that. I'm saving up for trunks from William studio and gloves ( $375 yikes! ) from the company with the original pattern. Since they get there fabric from Williams studio I know my gloves and trunks will be a match. Then I'll go fabric hunting with them in hand.
Top

I'm in the process of making my first suit, and have faced similar hurdles. I went ahead and ordered the boots from Duran and the gloves from Gaspar (yikes) and a cowl and trunks from Williams Studio (awesome, but yikes again). The cowl is actually a little big for me, so I'm adding foam padding to keep my head from rattling around in it. I wish it fit better, and I am concerned that I will sweat all over it or damage it once I wear it in public. If anyone has any suggestions on how to protect the material I would appreciate your input.

There are some individuals on Etsy.com that specialize in capes. I am working with a lady named Dallas from Wishmaster Capes now, but I have not seen or received the finished product yet, so I can't comment on fit or quality. She agreed to use the Williams pattern, so I have my fingers crossed that it will come out all right. I ended up purchasing some Navy Blue Matte Satin from www.onlinefabricstore.net (S-PEA934) that is pretty close to the color of the Williams cowl, and that's what she's using for the cape. It's not as high a quality as the material that Williams Studio uses, and the sheen is a little different, but once the costume is assembled it shouldn't be that noticeable. They probably have other fabrics that are close to the Mattel cowl if that's the option you've chosen. You can order swatches from them and go from there.

One thing about the Gaspar gloves; I submitted my measurements and hand tracing so I thought the gloves would be sized just for me, but the fingers are about 1/4 inch too long, and the length of the glove is about 1 inch too long. The fins are also quite large, so even though they were quite expensive, I was a little disappointed with the fit. I'm only 5'8", so they might fit a taller person better. The quality is quite high though, and the leather palms feel really nice, but even with that they aren't "screen accurate".

Another source for the 66 Batman costume is Evolution Props (Gabriel Campos) out of Argentina. He offers the entire suit, or you can purchase individual pieces. They claim it is "authentic" but as others have said I'd take that with a huge grain of salt. I just received my cape from them. It is okay, and he sized it to my request, but I'm sure that it's no where near the quality of a Williams Studio cape. (It is better than a Rubies' or similar cape though). The color doesn't match the cowl or gloves, so I'm hoping the other cape I've commissioned will turn out better.

I purchased some Batman boots from EZCosplay.com, and they resemble the 66 Batman boots, but they are made of vinyl, a lighter color blue, and didn't seem "authentic" enough, but they are a great value at around $38 and fit pretty well. I read somewhere that you can spray them with a darker blue floral spray which sticks to vinyl, but I haven't tried that. EZCosplay has a pretty extensive collection of superhero and anime boots and costumes, so they may be worth a look.

Anyway, that's what I've learned from reading these boards and my own research. It's actually quite difficult (and expensive) to make a "real" Batman costume. I'll post some pictures once my costume is done (if I don't look too foolish). Best of luck with your costume!
Top

Thanks for all the info and feedback. I'm so glad I found this forum!

Well I stopped by a giant jo-anns this weekend and bought 9 yards of this. Hopefully you can see or open the pic. It's as close as any I've seen for matching the Mattel cowl. 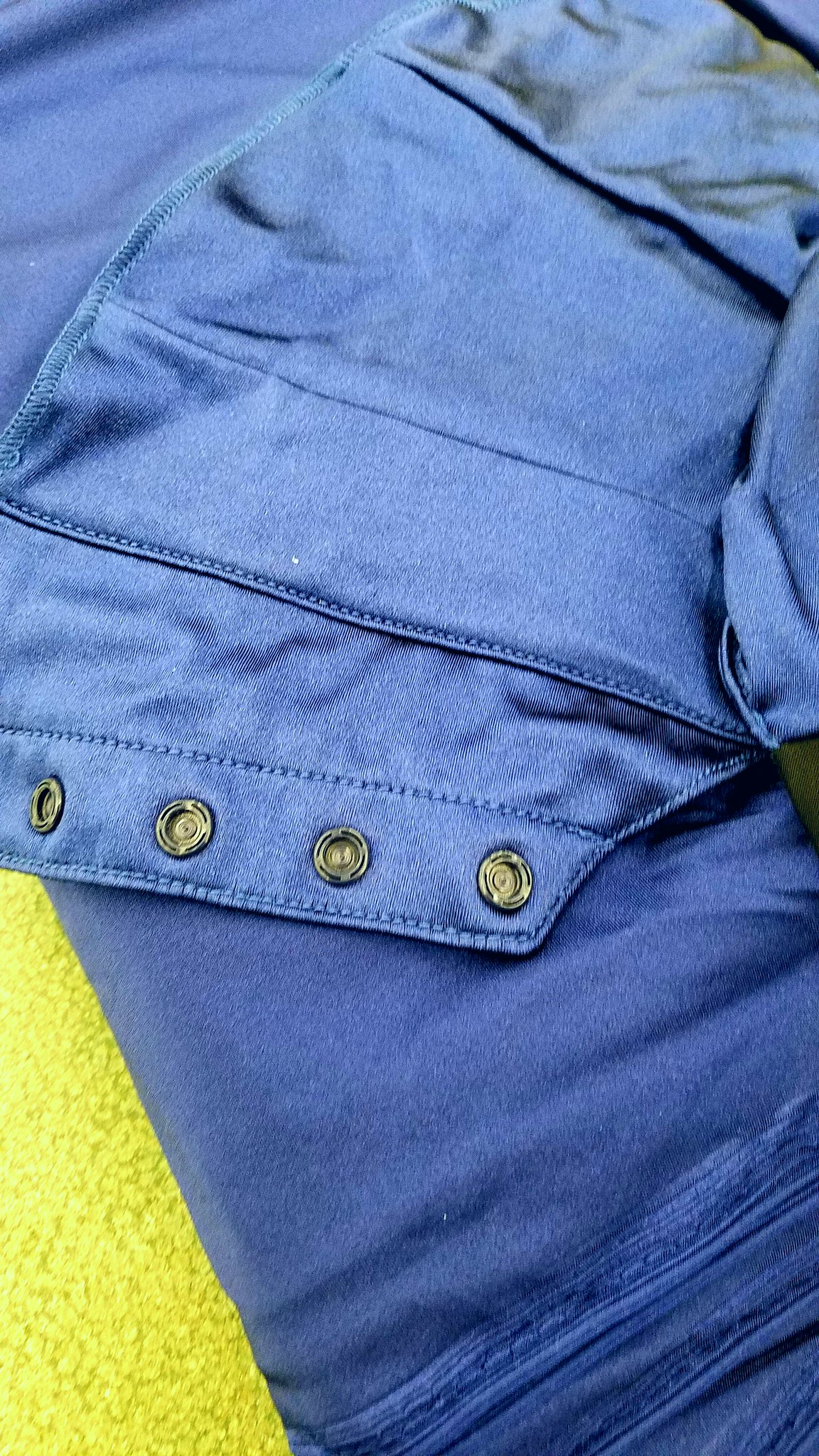 Hi would love to know the name/style/product number for that fabric. Thanks!
Top

Duran boots. They're the offical, original Batboot company. All the info you could want is in this old thread:
viewtopic.php?t=1388
Music. BAT! Music.
Top

To be clear, Durans makes nice boots but they did not make the boots for the show.

Quick, Everyone, Flee for your lives, into the street!!!!
http://www.williamsstudio2.com
http://www.etsy.com/shop/WilliamsStudio ... eller_info
Top
Post Reply
7 posts • Page 1 of 1