Jack Klugman, who starred in The Odd Couple and Quincy, M.E., has passed away at age 90. He also was a featured actor on The Twilight Zone, as well as other shows. RIP Mr. Klugman!!
Top

A great actor who lived a long life. Thanks for the memories.
You're Never Too Old to have a Happy Childhood
Top

I was always a big fan of The Odd Couple, Jack Klugman will be missed!

And of course Jack starred opposite Lola Lasagne herself - Miss Ethel Merman - in 'Gypsy' back in 1959. So there's our 'Six Degrees' link to the Batman series!
Cheers,
Terry
Top

Ruth and I have been reacquainting ourselves this year with Quincy, M. D. (on Netflix)and what a great show it was. Jack was an "every man" sort of personality and he exhibited his down-to-earth charisma in most every role he starred. Thanks for the entertainment Jack, and God bless you and your family. 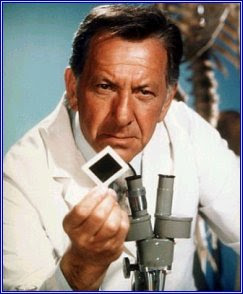 Aussie Batfan wrote:And of course Jack starred opposite Lola Lasagne herself - Miss Ethel Merman - in 'Gypsy' back in 1959. So there's our 'Six Degrees' link to the Batman series!
Cheers,
Terry

John Astin, Season 2 Riddler, appeared as a Hugh Hefner-type publisher in the 5 March 1971 episode, which I distinctly remember watching when it first aired. His character gives Oscar Madison a job at his girlie magazine. Edward Platt (Get Smart) also had a role in that episode.

And absolutely, Mr. Klugman will be missed! He did have a good run at 90 years!
Top