John Mack wrote: ↑Sat Feb 22, 2020 11:33 am Who are the other two? Geoff John's and Brian Michael Bendis? Personally wish Bendis had gone first.

John Mack, yes, Johns is one but my long-time comic fan pals and I are all for dumping ever-smilin' Jim Lee as well. He's also well responsible for the train wreck DC Comics have become.
"Hmmm... I don't like the twist this joke is taking. Let us away! Let us away!"
Top

I do agree Lee's style with Batman, especially those extremely long ears is not my favorite, but I am not familiar with his decision making.
Music. BAT! Music.
Top

I think you're mixing up Lee with someone else John, he's always drawn the short eared Batman. As much as I don't like the direction DC was going in firing the guy after 20 years of service was a pretty lousy thing to do. It's clear that the big comic companies are no longer run by comics fans, or fans who understand what it means to be a hero-- the angst thing is not exclusive to DC.

In more disturbing news several sources are reporting that if the planned DC 5G is a failure that AT&T will shut down DC Comics and stop publishing new material. That's not good for the industry. Worse, from what I understand about 5G it's another revamp which wipes out continuity, a strategy which has failed three times before. Now I don't read DC Comics current output, I do read a lot of the reprints they do. Despite the comics they're producing not being for me I'd hate to see hundreds of people put out of work.

If you like superheroes try branching out, check out BLACK HAMMER which is much more akin to silver age comics than the big two line of characters.
Artist-Writer
http://WWW.ANDYTFISH.COM
Top

I've seen a lot of hate for Didio and while I haven't enjoyed...well, anything from DC during his 18 years, I wonder how much is his fault and how much is down to the corporate "suits" pouring on the pressure for DC to turn around big profits. Leaving aside the question of whether comic books will even a viable format for much longer, it's hard to see how anyone could effectively serve two masters: the fans and the higher-ups at AT&T. There's only so many company-wide mega-events you can trot out in a bid to spike sales before the audience is so jaded they just don't care any more, and lately as soon as one ends, they're two issues into the next one. I don't imagine 5G will succeed any better than the others. Whoever follows Didio will have the thankless job of being the next guy in the fans' crosshairs, but while the faces may change, the trajectory of the industry seems pretty locked in at this point.

As Andy says if all of DC gets sacked (following the MAD example), it'll be sad. On the other hand, I can still selfishly hope that they'd treat their enormous back catalog as fodder for more reprint projects aimed at traditional bookstores (assuming we still have those, either, in a few more years).

Oh, ok Andy. Yeah, I don't really know these artists too well, but I know V. Fish and A. Fish when I see them.
Music. BAT! Music.
Top

I’ve always liked Lee’s work on Batman. No doubt he leans heavily on the Golden Age and Modern Age suits and colors, but his take on New Look and Bronze Age is fantastic. He’s even done an awesome take on the TV show version.

If they would have done the recent 66 series of comic books with his artwork, I’d have every issue. As it was, they went with a one-dimensional cartoon look instead. I gave it two issues and bailed.

I read the Modern Age Batman and like them, but I prefer the series like Zero Year, Earth One, and Hush. I’m several months behind on the current series. I jumped back to the early 70s for a change of pace. I read a comic book every few days to unwind.

Here are two examples of Lee’s work I was referencing. 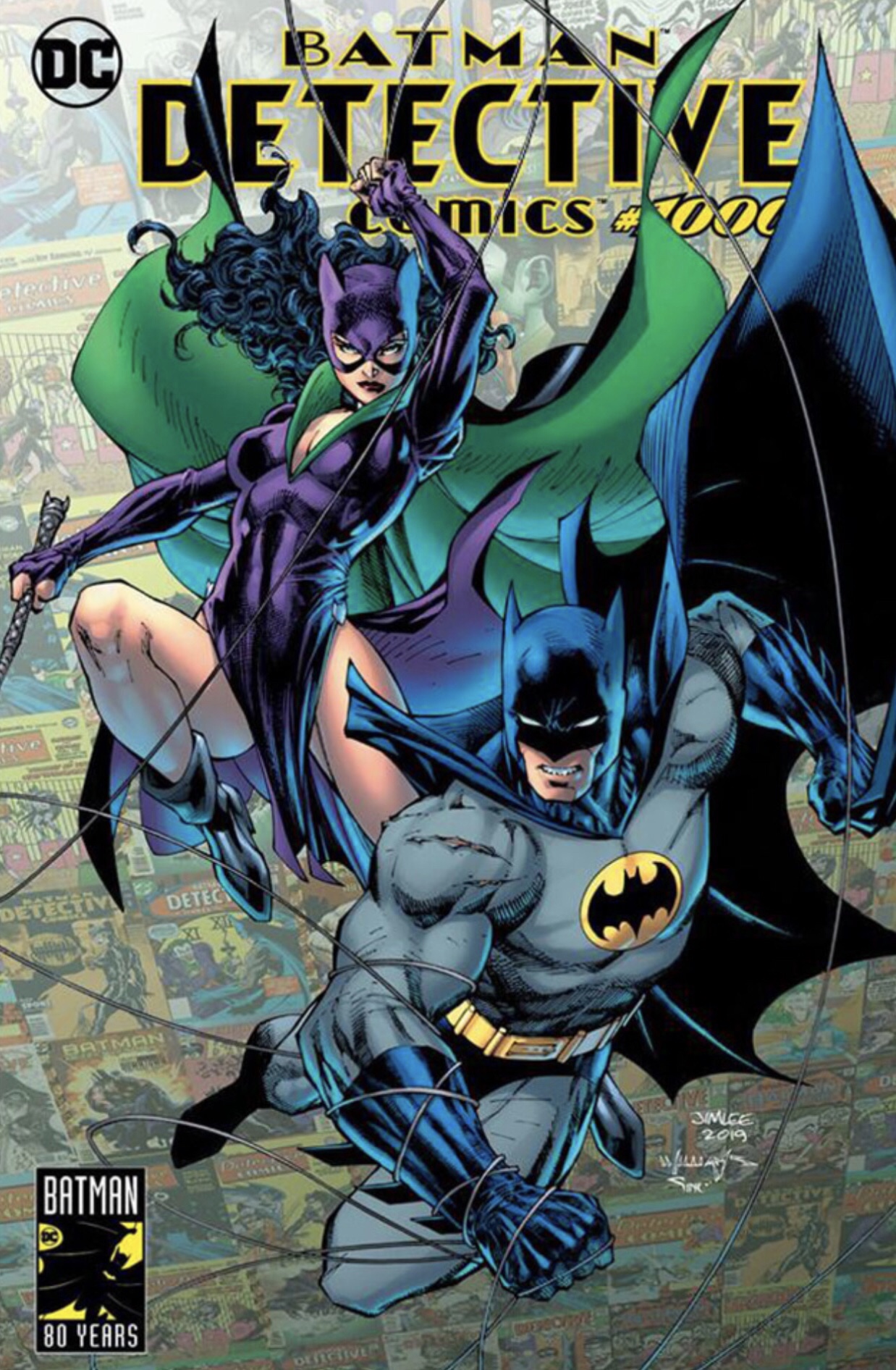 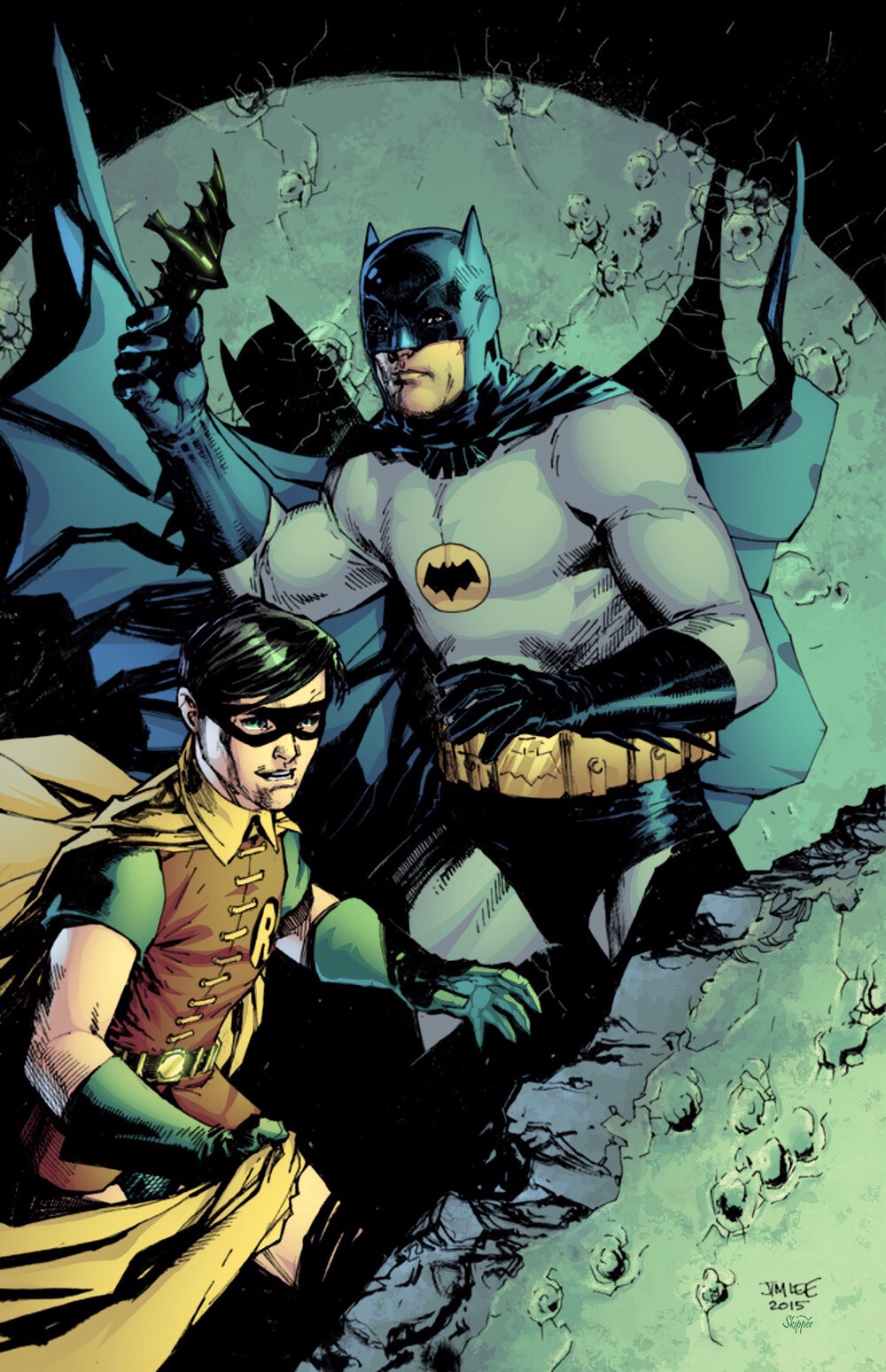 Lee has been simply a figure head as co-publisher. Doubt it amounted to anything more than a title.

A more likely scenario would be AT&T having Time-Warner license the characters to another publisher. Sort of how Marvel lets IDW publish Spiderman books. Only time (warner) will tell.
"It's the very essence of our democracy". - Batman, S1 Ep 11
Top
Post Reply
9 posts • Page 1 of 1