someone found THE long lost star trek 2 sneak preview ...see it HERE ...this is the one that told us there was another star trek movie ..before this ..it was just a rumor ..and most of us did not get to see the trailer till the space seed episode came out on VHS
Top

I wouldn't call it "just a rumor" prior to release. I remember seeing a cast photo in TIME or Newsweek a few months before the film hit theaters so I knew it was coming. A lot of fans knew a lot more than I did about it (like Spock's fate, thanks to a leak by the disgruntled Gene Roddenberry) and were actively protesting. When I saw that photo, I remember I was (1) surprised the studio was willing to give it another try and (2) intrigued by the more militaristic uniforms. I remember the article said the plot featured the return of Khan, but at the time I couldn't for the life of me remember "Space Seed." (!)

I agree with your point, though: life was awesome in those days when we didn't have every little thing spoiled for us by multiple teasers and trailers, on-set reports and camera phone photos shot by spying "fans." I didn't know all the twists and turns in TWOK, thank heaven, and that made it great. The year before I'd walked into "Raiders of the Lost Ark" with almost no idea what it was about, and it blew my socks off. We'll never have that kind of fun again.

Thanks for posting this. If I saw it at the time, I don't remember it, but it brought back the elation I felt at the time, finally getting the Trek we'd been waiting for, and seeing the critics come down off their high horses to admit it was an awesome picture. In retrospect, this was definitely the high point of Star Trek on the big screen and maybe Star Trek, period. 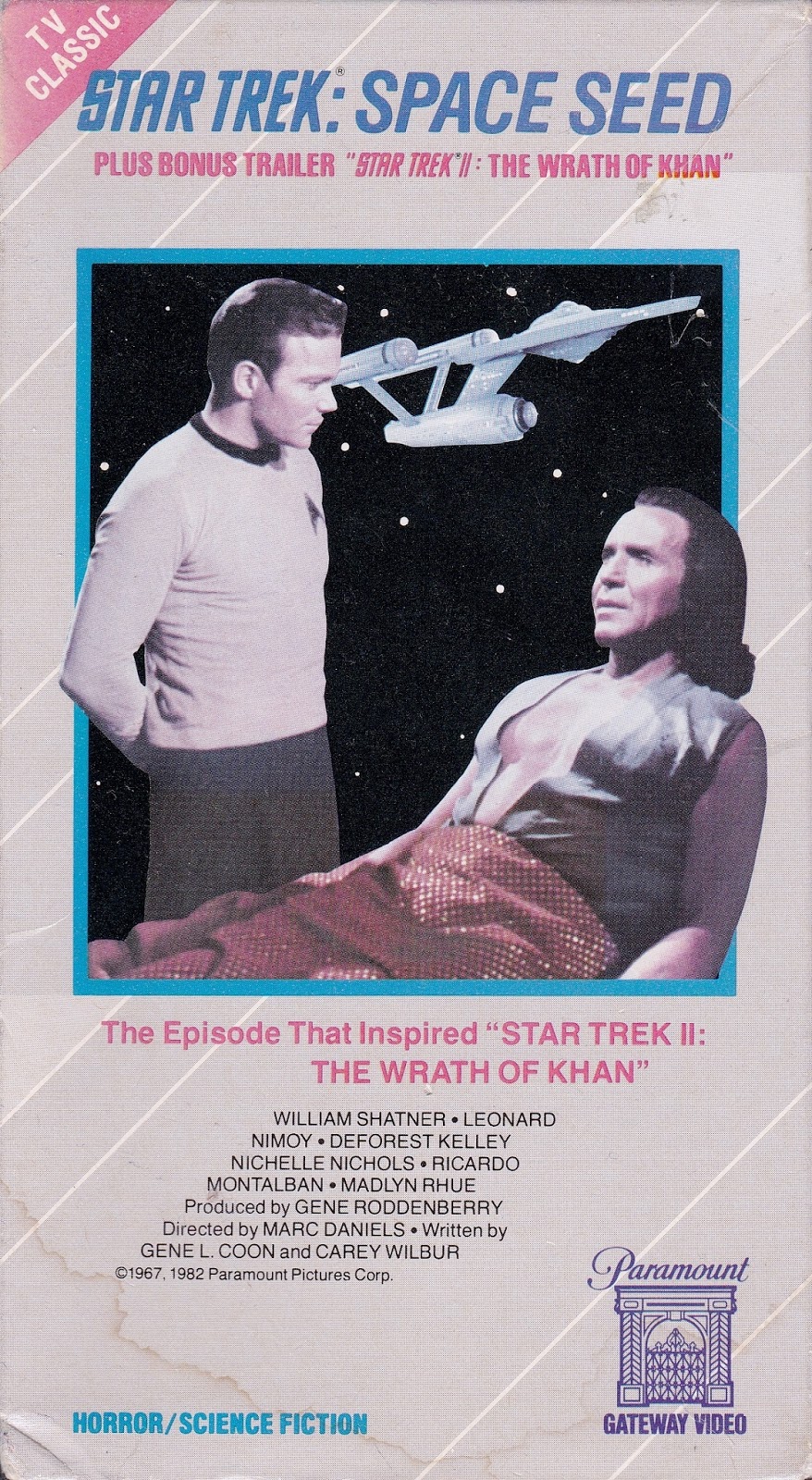 Madlyn Rhue, Khan's love interest in the Space Seed episode, was diagnosed with MS in 1977. I believe this is why she did not appear in the movie. She did continue to act though. IMDB notes that towards end of her career she supposedly almost lost her health insurance through the screen actors guild as she wasn't earning enough as an actor to qualify. Angela Landsbury heard this and created a character on Murder She Wrote and Ms Rhue appeared occasionally and earned enough to keep qualifying for insurance.
dell
Top

That's an awesome clip, thanks, never seen it.

That's got to be the worst-looking box art ever, though.

And even if it looked better, "Kirk vs. Bed-ridden Sickbay Patient" doesn't exactly capture the menace and tension of that episode.

That's an interesting story about Madlyn Rhue, and a class move by Ms Lansbury. Marla's death is kind of crucial to making TWOK work, though. Plus if she'd made it into the film, it would have made it even stranger than it already is, having Mr and Mrs Khan be the only two folks to get older since "Space Seed" while everyone else on Ceti Alpha V has somehow reverse-aged into their 20s. Montalban is so magnetic and mesmerizing a screen presence that you don't really think about that until well after the film's over, but if he and Marla had been a senior couple in amongst all those Spring Breakers, it would've been impossible to ignore.

And what's really "fascinating" is we get to see a rare occurrence where Siskel and Ebert actually agree entirely on a movie! That didn't happen all that often.
Music. BAT! Music.
Top

Love this one with the reveal that Saavik is half-Romulan (cut from the final film): the presentation reel made for ShoWest!
https://youtu.be/Od4BjWW5jTw
"Holy nostalgia, Batman!"
Therin of Andor